Weight loss for the soul: Update 2

This section was slightly harder than the last section in that the momentum and drive waned a bit, and I noticed I started to say things like “50 more calories today won’t hurt” or guessing the weight of food rather than actually weighing it. I’ll have to quickly get on top of this as that’s just too close to “Ah, sure one whole pizza won’t hurt me”, and then I’m back to square one.

I started strength training again, but only once a week. The focus now is on weight loss rather than muscle building so I don’t want to do too much of lifting at this stage. Building muscle when you are fat just makes you look fatter – been there got, done that.

The training I am doing is based on the Starting Strength system. They have a great Youtube channel here! The whole thing is based on five compound lifts. I also looked into Michale Matthews stuff, and am currently reading Bigger Leaner Stronger

The other change I made was that I switched my daily Yoga from Fightmaster Yoga to YogaWithTim. I really enjoyed the first module I did of Fightmaster Yoga (Hatha Happiness) but the second one was just too fast for me. She just flies through the movements, which I know some people love but it really didn’t work for me. I started to dread Yoga rather than look forward to it.

The Yoga series I am doing now is a 30 day fundamental course with Tim Senesi. He really goes over all the postures so that as you go forward with your practice you will have a great foundation to build from. He does a lot of core work too, which I hate, but he seems to also hate it which makes it easier to endure.

Here is the Module playlist but be warned he hasn’t updated it fully so the middle section is missing. All the videos are on his page, just not in the playlist.

I reduced my Calories to 1680 a day for five days and 600 for two days (Mondays and Thursdays) I also finished with a 36 hour fast.

Food wise I got some new protein powders and have been eating this thing called Protein Fluff. Which is just a drop of water, a scoop of protein powder and 100gs of Frozen Fruit (raspberries and strawberries seem the best). You blend that together for 2 to 4 minutes and you get a thick creamy “fluff” which is really nice and just ridiculously filling. It’s also pretty much great for you.

I also ate a lot of shredded Tofu that I marinated in Liquid Aminos (which is like Soy sauce only has no calories to speak off). It is really tasty. 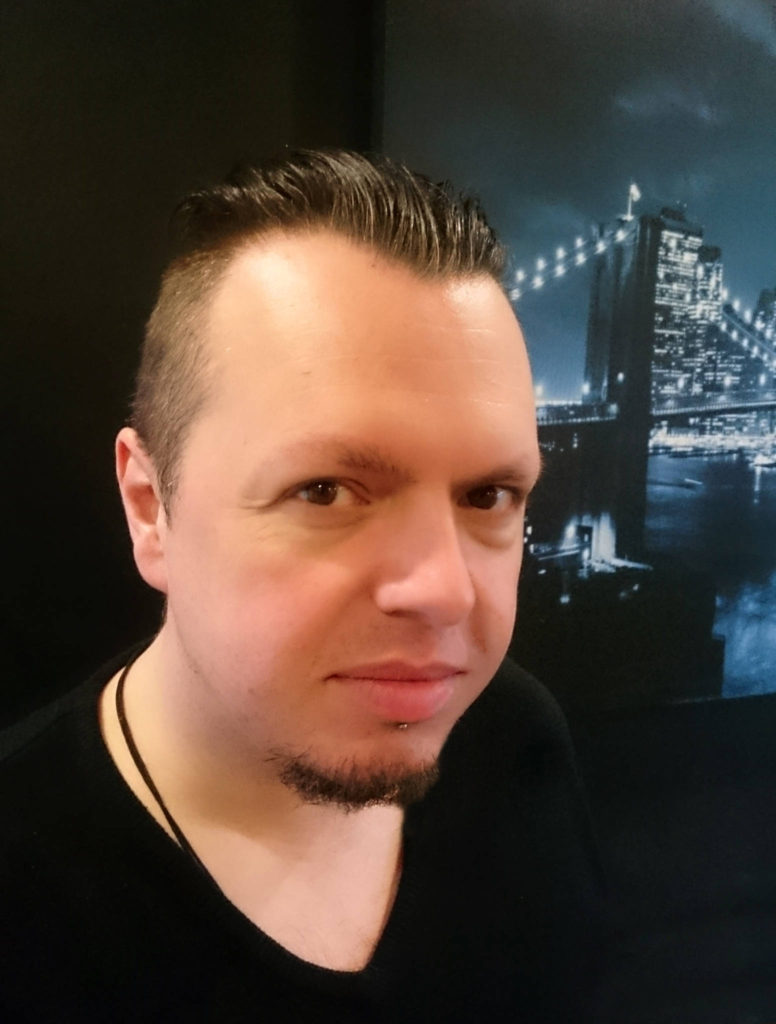 So, in this section I concentrated on trying to be more confident in myself – not only in how I look but also generally. I want to become a stronger, more self assured version of myself. So, I moved my reading into more personal development areas, and away from the usual Occult and Magick based themes.

Now, you might say that reading books isn’t really doing Magick and I would somewhat agree. Applying the techniques and ideas you learn from this books to transform your life is, however, absolutely is Magick.

I began reading Mark Manson‘s blog and his book The Subtle Art of Not Giving a F*ck: A Counterintuitive Approach to Living a Good Life

. I just started his courses, they seem very helpful so far. Only $4 for a month’s access to all his premium stuff too, which seems very fair to me. I’m don’t jibe with everything he says, but he does make some great points.

Also on my reading list was James Altucher, who has some great books and a great podcast. I really like his outlook on stuff, and I wrote about him in this week’s Gospel According to Woo Newsletter which you can see here and subscribe to here.

The Art Of Extraordinary Confidence:  is pretty good so far, but I am only half way through. Some really nice ideas in it that I will be certainly using. Love Yourself Like Your Life Depends On It

is another great book, which is short so doesn’t take long to get through.

I also read some Alpha Male type books just to see if there was anything worth stealing from that area, and for the most part there wasn’t other than stuff we all already know – confidence is attractive but being excessively arrogant isn’t.  I’m not trying to pick up women so most of the stuff is irrelevant to me. Might be worth looking at though if you are interested in doing that. Be careful though, some of that stuff is really questionable.

The best of all of them, though, is Mike Cernovich‘s  Gorilla Mindset

and there is a ton of great info on his blog Danger And Play. He has become quite political recently but if you jump back into the archives you will find some great stuff. Particularly if you are male. But the book is the best place to start.

All these ideas and insights lead to me doing YouTube Videos and a Podcast.  The YouTube videos especially are something I definitely wouldn’t have done previously as I was just too ashamed and embarrassed by how I looked – so putting myself out there like that was a big move for me. It also turned out to be an easy one, once I dropped the whole “it has to be perfect” thing and just presented it warts and all.

In “proper” magick I did a Sigil Shoal relating to this area, using Gordon White’s method that he teaches in his new premium course section over on Rune Soup. I only did this a week ago but already I can see it starting to materialise.

I really, really like this method and will be using it a lot more in the future. It really makes you feel like you are doing Magick. Great stuff. So check that out if it seems like it may interest you.

And that’s about it for this update. Next one is Easter time. Talk to you then.