About a fortnight ago, myself, Venessa and a couple of my photography friends – Enda and Daryl, went out for a frosty early morning photo shoot on Slieve Gullion. It was all good fun and I got a couple of decent shots here and there, – but I just thought I had ended up with some cool things to post on Instagram. Nothing more. Which is fine, that was all I was really aiming for anyways.

But, when I got home, and looked through the images, one image in particular made me go: “Hmmm…”

It was an overexposed image of Enda on top of a hill trying to get a shot of a few horses on the other side. I noticed that the grass near the bottom kinda made out a skull shape – which was cool – and I liked Enda’s pose for some reason. The whole thing reminded me of Akira Kurosawa‘s Seven Samuari, and I reckoned that if Enda had a sword, and I switched to monochrome, I might just capture the spirit of the film and end up with a really cool photo image.

Original Photo with no edits:

I did a quick moody colour correction in Lightroom and then did some quick drawing over it in Clip Studio: Paint.

Test Mock up / Proof of Concept: 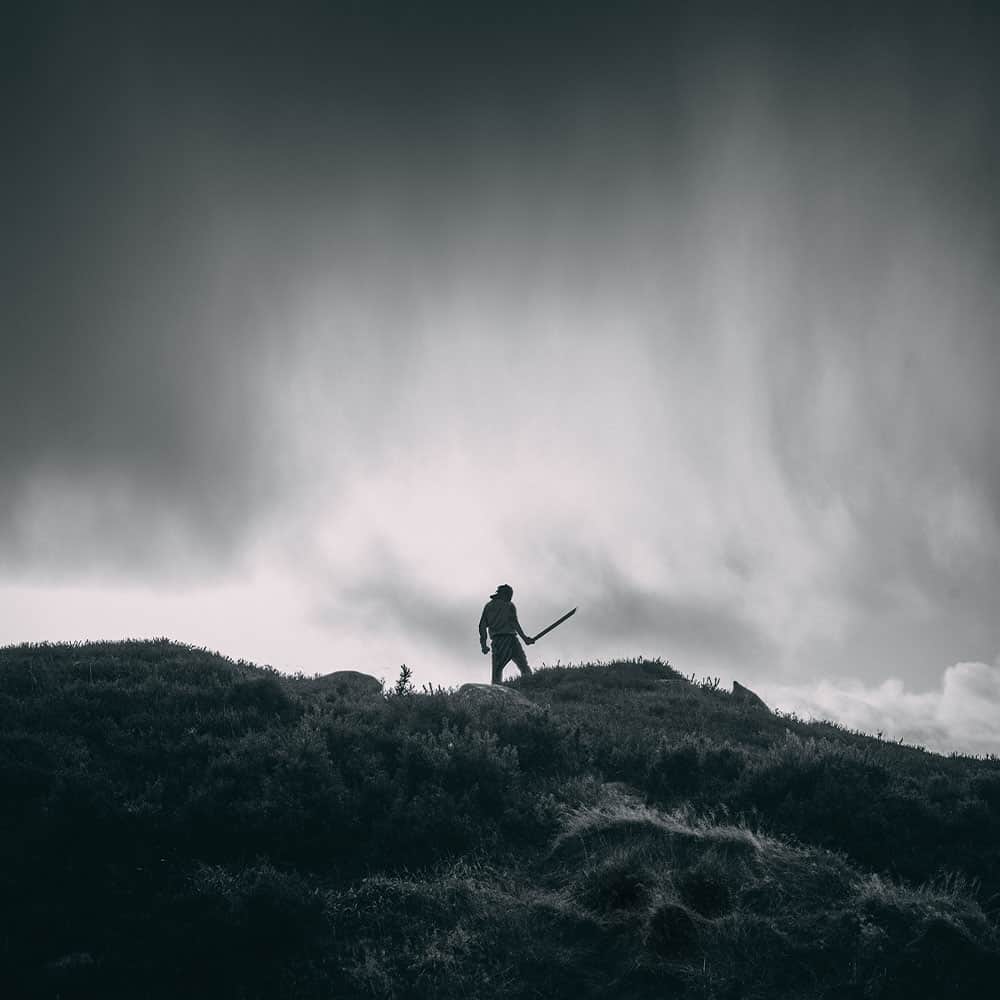 After completeing that, I knew if I spent some time on it I could probably get it to work.

So, I started from scratch with the drawing elements,  but this time took a bit of extra care to try to match the new elements with the colour and light of the original image as much as I could. I then added a bit of film grain to keep the tone similar. After that, I added some cloud elements from a completely different day’s photo. (I now have a folder for skys that I can use later if needed).

I was happy with how it was looking but, I started messing around for awhile with some colour edits in Lightroom.

Ultimately, I felt that the colour was too over the top for the idea,  and I was drifting very quickly away from the original idea and spirit of what I was trying to do. But here is what I did for completeness sake. 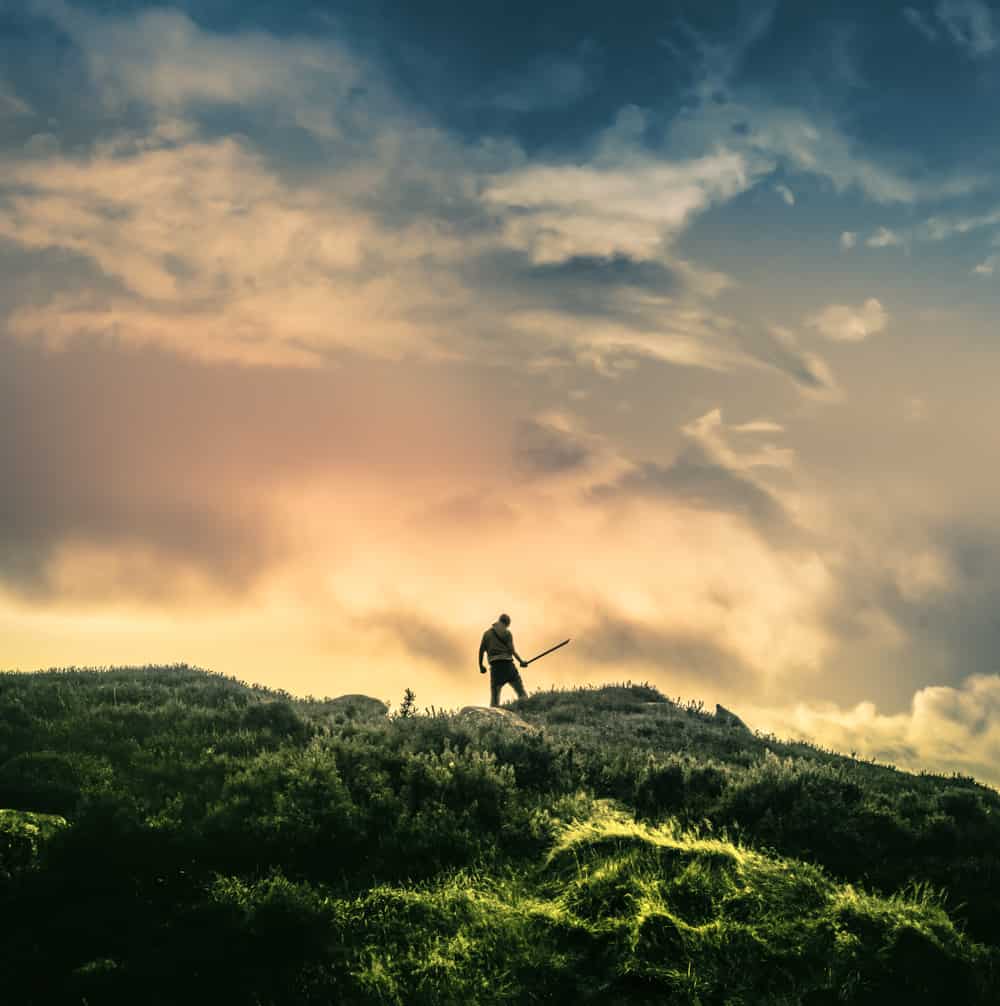 When I was finished wasting time with the colouring, I de-saturated the whole thing and tried to get back to my original idea. And this is what I came up with: 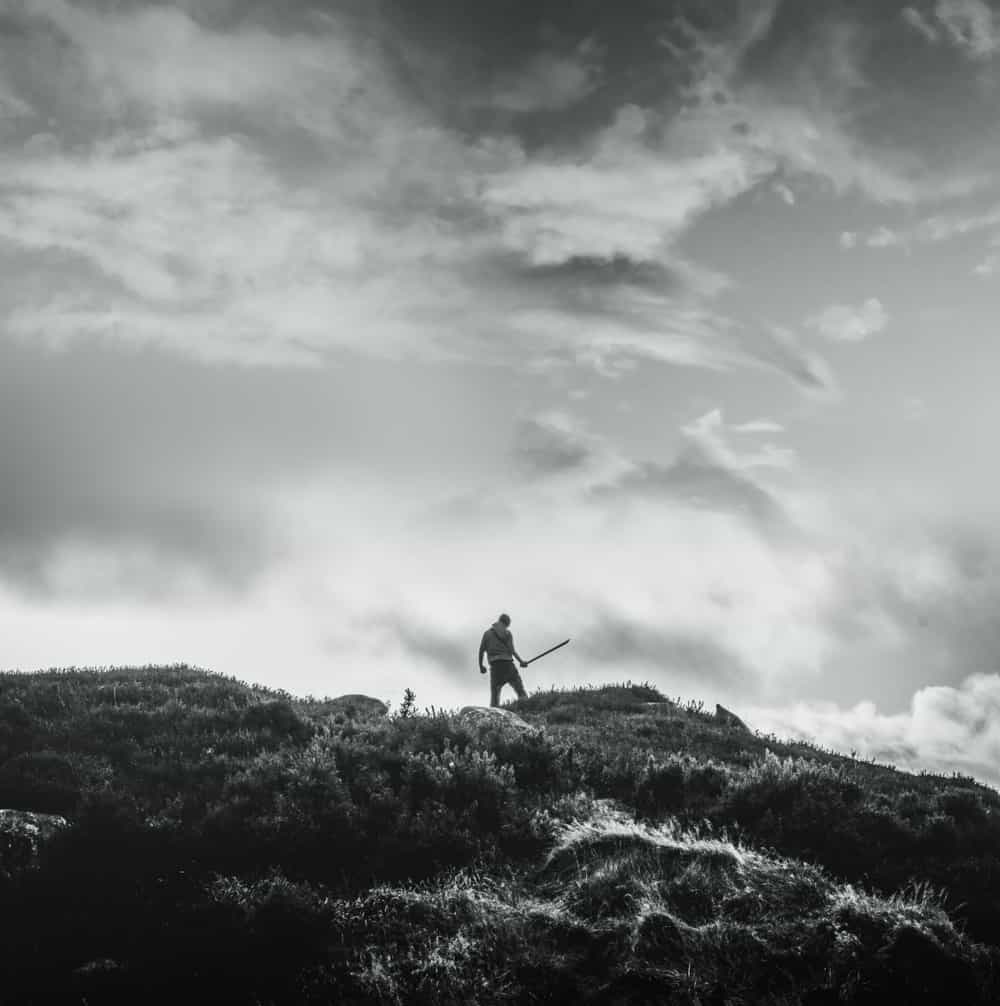 In the end I am quite content with how it came out. Is it cheating? Probably, but is drawing a sword any more cheating than any number ofthinsg that photographers do on a daily basis? Probably not. This is photo journalism – it’s art. I’m trying to make a cool image rather than document the “real” world.

If I do enter it into the next round of my Photography Club’s Competition I might mess around with contrast a bit more, and possibly add a hint of sepia, but maybe not. We’ll see. The next round is January 11th, so maybe I’ll have much better shots by then.

Anyway, until next time…