Jason Louv asked me to help out with the art on some memes he wanted to do to tie in his book JOHN DEE AND THE EMPIRE OF ANGELS with the new Jack Parson’s TV Show Strange Angel which premieres tonight. Parsons plays a big role in the book – so if you want to find the true story behind the show you can check it out here: https://goo.gl/wvhghc I of course said yes, because why wouldn’t I want to draw the might Jack Parsons. Anyhow here’s how they look, share on the social medias if that’s what you do!

Here’s what Jason said about it all on Facebook:

“Today, the show STRANGE ANGEL premieres on CBS. It’s the story of the occultist and rocket scientist Jack Parsons—one of my all-time heroes, a man who wanted to liberate humanity on every plane imaginable, advocating everything from space travel to anarchy to magick for ALL. He’s also the man who founded NASA Jet Propulsion Labs, and created the rocket fuel that got us to the moon. It’s about time that Jack (who thought he was the Antichrist, here to free humanity from false religion) got his due. Let’s hope that the TV show is good—in the meantime, of course, Our Jack plays a massive role in my new book JOHN DEE AND THE EMPIRE OF ANGELS. In fact, the whole last third of the book is about him—and the entire book is about the Enochian magick that fueled Jack’s genius. Jack was the true American Magus, our homegrown wizard who changed the course of history and opened the Aeon of Horus—the new era of mankind leaving behind its old superstitions and embracing its destiny in the stars. To celebrate the release of the show, Tommie Kelly and I have created a few memes in his honor, and to let you know about the book. Learn more at: https://goo.gl/GKKxJp – and please share this!! The Aeon arrives one mind at a time…… IO PAN” 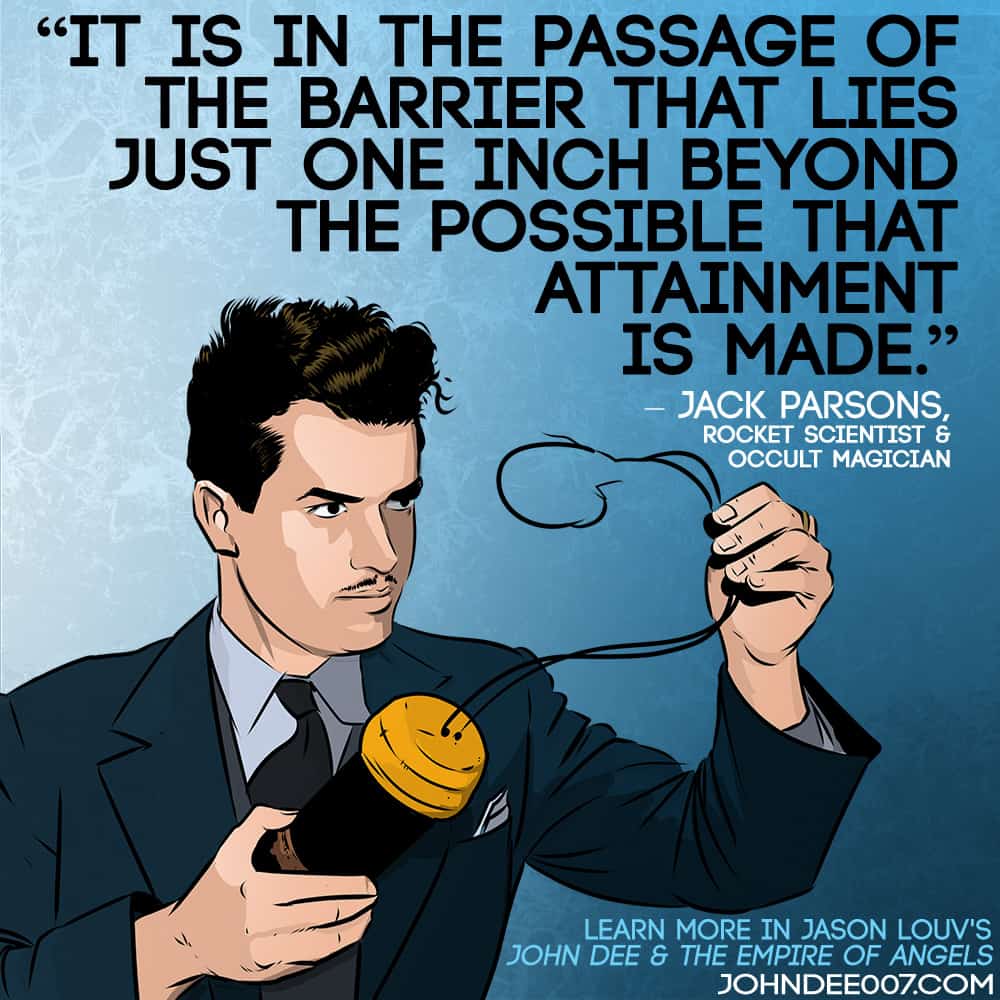 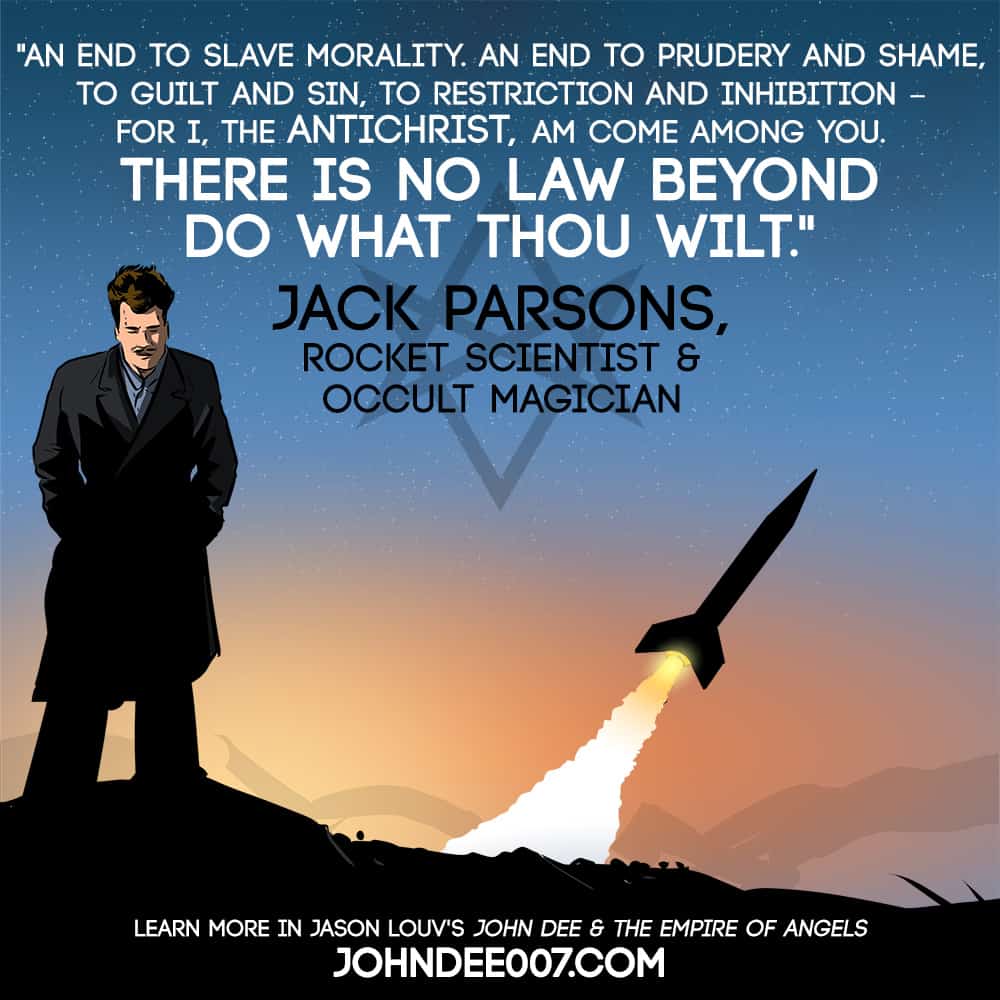