It’s been a topsy-turvy week but sure it’s been a month of change. More so than usual? Well, maybe or maybe I’ve just had my eyes opened to how much change is possible and how we’re our own worst enemies when it comes to helping ourselves? Or maybe none of the above but one thing is for sure, the Star Ruby Challenge has been a revelation.

Do yous know of the Scottish band Del Amitri? They had a wonderfully depressing song in 1989 called Nothing Ever Happens…the choras went like this:

And nothing ever happens, nothing happens at all

The needle returns to the start of the song

And we’ll all be lonely tonight and lonely tomorrow. 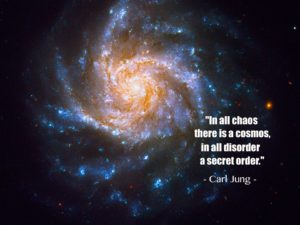 I bloody love that song, I love the absolute nihilism and pointlessness of existence of it. But the thing is as a committed existentialist, albeit and very unread one, meaning is where you want to find it. And I love it for its pointlessness of existence, we’ll all be lonely tonight and lonely tomorrow, indeed we will be, we’re all born alone and we’ll all die alone but the inbetween we can enjoy as much as we want.

I said something last week about us all being dust on the wind doing a ballet on the breeze and it’s a belief I cling to, it’s all chaos, everything literally is chaos or, at least, came from chaos and we put order on it to try and imagine that we have some control but do we? Do we really? But here’s a thing that I seem to be learning, we don’t need to control it, the chaos of life has an order of it onw and will evolve and have its ups and downs and inbetweens but it’s how we react to them that defines our aims, goals, happiness. And even then, I don’t really seem all that bothered with aims and goals anymore, I’m after the quiet, simple life where all I can hope for is that when I fall asleep at night I made the world a little bit better for the last 16 hours I’ve been awake and living for.

The Star Ruby then, well, what a month it’s been. I started off evoking archangels, angels and my Holy Guardian Angel (HGA) and had a very bizarre few days when in a meditation the dead father of a close friend ‘contacted me’ with a message and then my HGA the following day via divination said I can take the reigns regarding contacting the dead but to do it in good faith and love. I guess it would be bad form if I started knocking on Bob Marley’s or Kurt Cobain’s door then? Disappointing, but then again there’s a reason for the saying ‘never meet your heroes’.

By week three things had changed quite a bit, I had started out the challenge expecting to do loads and loads of evoking of angels and my HGA but the way things happened I ended up in the mountains with my father-in-law helping with a renovation and it just worked out better that I could do the ritual either before or after work and follow it with some meditation. And man, 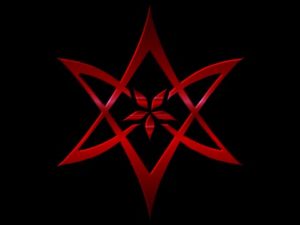 As spoken about on the latest podcast too I took the decision going into the renovation with my FIL that I would let go of the reigns and let the world happen instead of me making things happen. Not such an easy thing to do but it’s something my HGA has been telling me more or less since K&C came about (nods hat at Alan Chapman for his cheat code for K&C). Stop forcing life and let it happen and it’s something that I first came across in the Reality Transurfing book and it’s a simple, ridiculously simple thing. Just let go and let life happen. But it’s so damn difficult to do.

I spoke on the podcast about how I was awarded for my period of letting go/getting out of my own way and I certainly was. To be given over 100+ pieces of hardwood for the wee art projects that I do for people was an incredible award. And there was another too but I’m going to have to keep that one private for the time being. OK, OK, these could just be coincidences but god-damnit lads, the more and more I learn about this magic stuff the more I’m convinced there just are no damn coincidences at all.

I’ve written too about the changes I’ve made to my Star Ruby over the few weeks and what I do now pretty much has almost nothing to do with Aleister Crowley’s original Star Ruby at all. Here’s a rundown and I’ve finally fixed the problematic end I had. Can I dare call it the Celtic Ruby?

Begin with saying ‘Away from me bad demons’

Then do a Qaballistic Cross ritual, this is what I wrote last week: Image a white ball of universal power over your noggin, reach into it and bring it down to your forehead, say Ateh. Now imagine it continues down through your body and goes out from your feet, touch your heart and say Malkuth. Arms out, left and right and image another stream of light going through you, touch your right shoulder and say Ve Geburah, touch your left shoulder and say Ve Geburah, then put your hands together over your chest and say El Olahm. Bob’s your uncle, that’s it, you can even add an Amen if ya want.

Next up we call the Gods/Guardians, I wrote about this in Week 2. I wasn’t feeling the names that Crowley had written, the Celtic gods are just closer to me…obviously that should be the other way around but you get me. I do some yoga poses when I say their names.

Anu: The God of All; the mother:

Upward salute: Arms up above shoulders, head looking out, you are welcoming the goddess who made them all.

The Dagda: the ‘good god’, he is good at everything, the first druid, the first warrior.

Ogma: A god skilled in speech and poetry, the inventor of the Ogham script, each letter represents a Celtic tree (zodiac sign) Finally then, and it took me most of the four weeks to work this out, I had to change the final part too as the lines:

For about me blazes the five-fold Star,

and in the Stone, the Star of Six is fixed.

…while they worked for me there’s a disconnect as I’m not doing any banishing or invoking pentagrams so it had to go and I really struggled to find the right thing to go with it. Until I thought of two options.

The first is to recite the Oath of the Abyss: A quick explanation on this. In Crowley’s A∴A∴ following K&C with the HGA you’re of the rank of Magister Templi where enlightenment is close but first you must ‘Cross the Abyss’ This is where I am. I’ve been saying this as a kind of prayer most mornings anyway but I think it really fits with what I’m doing now. It goes like this:

I, XYZ, a part of the body of God, bind myself on behalf to the Universe, even as being now physically bound to the universe that I:

Will lead a pure life

Will endeavour to understand all things

Will Love all things

Will continue in my Conversation with my Holy Guardian Angel

Will work without attachment

Will work in truth

Will rely only upon Myself and

Another option is to recite a good translation of the Our Father prayer. Some kind lady on Medium wrote an article about doing a proper translation from Aramic to English and it’s quite different to the words we said when I used to be a practicing Catholic teenager in rural Ireland. It’s far more mystical and also makes a good fit here. It goes like this:

O Thou! The Breathing Life of all, Creator of the Shimmering Sound that touches us.

Help us breathe one holy breath feeling only you-this creates a shrine inside, in wholeness.

Desire with and through us the rule of universal fruitfulness onto the earth.

Create in me a divine cooperation-from many selves, one voice, one action.

Grant what we need each day in bread and insight; substance for the call of growing life. 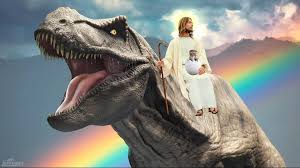 Erase the inner marks our failures make, just as we scrub our hearts of others’ faults.

Deceived neither by the outer nor the inner-free us to walk your path with joy.

For Thine is the kingdom, & the power, & the glory, forever. Amen

From you is born all ruling will, the power and life to do, the song that beautifies all-from age to age it renews.

I think it’s quite lovely to be honest.

So this is where I’ll leave you all for now. With just one more thing to say, although I’ve said it on the podcast already. I don’t know why this works, I’ve no bloody idea, other than it might be about creating a space where you call up your subconscious by doing the ritual and the meditation or evoking that follows is better as you’ve primed for it. I don’t know and does it even matter? I turn the key in my car’s ignition and it starts. That’s enough for me for now anyway. Finally, thanks Tommie for coming up with the idea, I’ve learnt such a huge amount about myself and life and other people too and it’s something I’m going to continue to do. And I’m certainly still trying to let go of the reigns.