TEENAGE KICKS
One of the biggest eye opening experiences for me was when I was about eighteen. At that stage of my life I was heavily into Stuart Wilde and Alice Bailey but was looking to widen my horizons on the spiritual side of things. Both Wilde and Bailey had come into my life because of my Aunt who originally owned the books and had loaned them to my parents. She later bought me a full set of Bailey Books, which have since dwindled over the years as friends “borrowed” them. I have two battered copies of my original Stuart Wilde books now as I gave most of them away. I do have them on my Kindle though.

I really liked the Wilde stuff, he was fun, full of possibility and had a very cool “life is great” feel to his work (at least early on, he got extremely dark and negative towards the end of his life). Wilde’s form of Spirituality was extremely practical – “Any philosophy that you can’t haul down to the bank or up to the airport ain’t worth having!”

The Alice Bailey stuff on the other hand was all theory and felt a bit useless and impractical to me. Sure, all this info about the Masters, Rays and Initiations was great and somewhat fascinating in a boring kind of way, but it didn’t seem to have any real connection to my real everyday life. In fact, it stressed a number of times how of little importance your day to day struggles actually were.  A while back I tried to get back into again, but found the same coldness to the teaching.*

Anyway, back to our actual story – I was eighteen or so, maybe younger and looking to see what else was on offer Spirituality wise. The only real books you could get locally at the time, were New Age stuff like Louise Hay “You can Heal your Life” or similar. That was until a new book shop opened at the far end of town that had books on Theosophy, Buddhism and Gurdjieff which I absolutely devoured. I loved reading about the lives of people like Ouspensky, Sinnet, Olcott, Leadbeater, Besant,  and others – it all felt so exciting and exotic. It was at this time that I also first I read books by Alan Watts.

But none of these blew my mind in the way that a sentence from a Hare Krishna did. 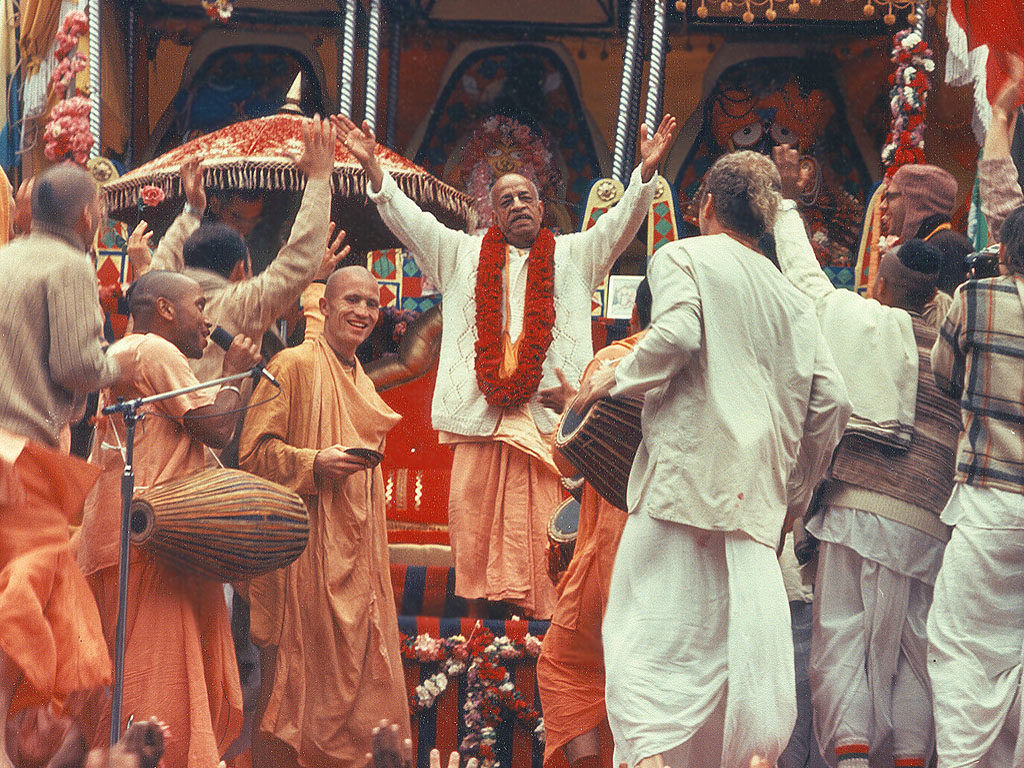 ADVENTURES IN KRISHNA CONSCIOUSNESS
At one point there seemed to be a year long Hare Kristina assault on my home town. Everyday there seemed to be Hare Krishna’s on the streets pretending to give you free books but then asking for money.  You could be pretty sure that if you walked up town at any stage of the week, you could find one of them, and that’s never happened since. Sure, I have seen them in cities since but not in my hometown.  I’m not sure what the reason was for this – I know that two of the members lived in the area so maybe they were responsible for the heightened activity.**

I was interested in them. I wanted to know what they believed, what they did and how they lived. I bought most of their books and read them. I learned that Krishna Consciousness is a devotional, or Bakthi Yoga, path which suggests that we are trapped within an illusionary cycle of Death and Rebirth and our only way out is through devotion to Krishna -chanting and eating proper food being examples of proper practice.

While I knew this wasn’t really a direction I was going to take in my life, I must have been, unbeknownst to myself,  a Chaos Magician even then, as I could easily slip into their paradigm and have a look at the world through their eyes.  When I spoke to them if I seen them on the street they always seemed genuinely very happy. I guess, I wanted to soak up a bit of their flavour.

But, one day I spoke to a Hare Krishna and he told me stuff that he probably wasn’t meant to – certainly none of my further or previous conversations with other members ever mentioned the same topics. The actual sentence that blew my mind was:

“Everyone knows that the moon is further away from the Earth than the Sun!” and he sorta laughed.

That was amazing. Something moved in my brain. 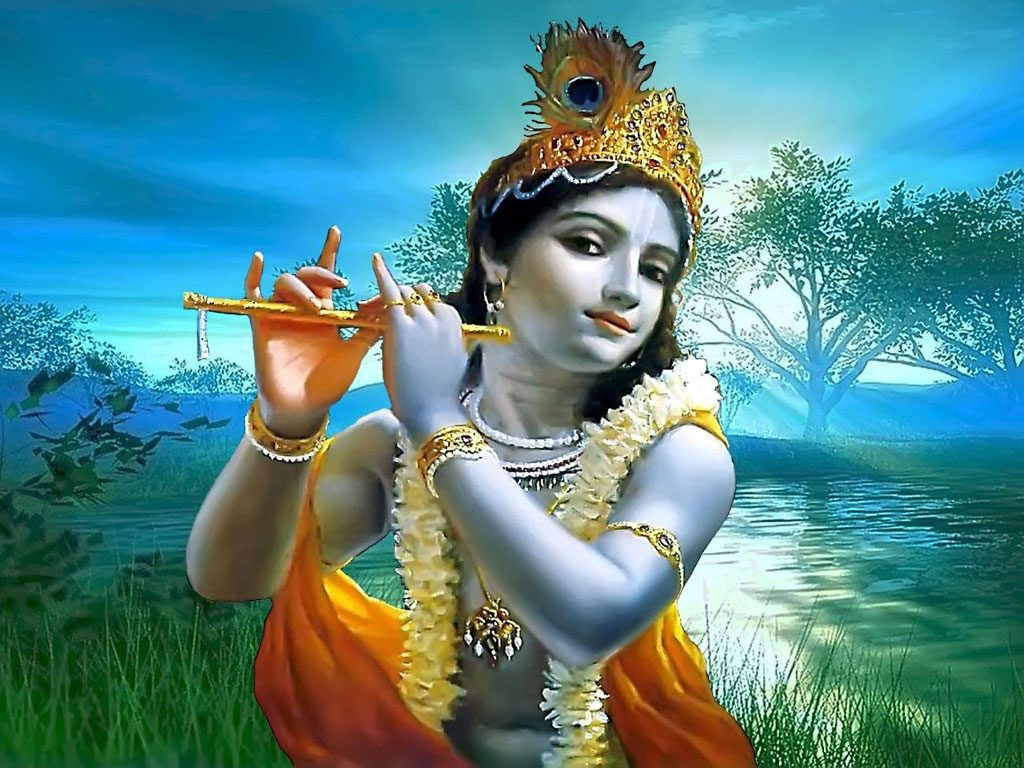 He then went on to tell me about these huge birds that fly from Planet to Planet and lay huge eggs out in space – and that the Russians had photographic evidence of this. There was other stuff too, but I can’t remember it now.

I didn’t believe him, of course. And I’m not even too sure if this is genuine Hare Krishna teachings or just his personal conspiracy theory. It wasn’t the far out theory that blew my mind anyway, it was the nonchalant delivery.

It’s very hard to explain what I felt at this point. There was some sort of spark of recognition that the door to the mystery of life had suddenly opened. A sensation that life, the universe and everything after was much stranger than it seemed. A feeling that something just wasn’t right with this world or how I had normally viewed it.

I realised that I had just been accepting what I had been told at school, by my parents, the TV, and all the rest, about how the world worked without any resistance or challenge. I was literally just taking other people’s word for it all rather than really inspecting or investigating the mystery myself.

This was the point that the splinter in my mind first made itself known even though I had been thinking, reading and practising Spirituality for a few years at this point. I guess this was the first time the Veil slipped for me and I got a glimpse of the other. Or maybe it’s better described as my first Magick fruition. “Everyone knows that the Moon is further away from the Earth than the sun” was the catalytic mantra that pushed me over the wall into new territory.

Something else might be going on here other than what I had been told. 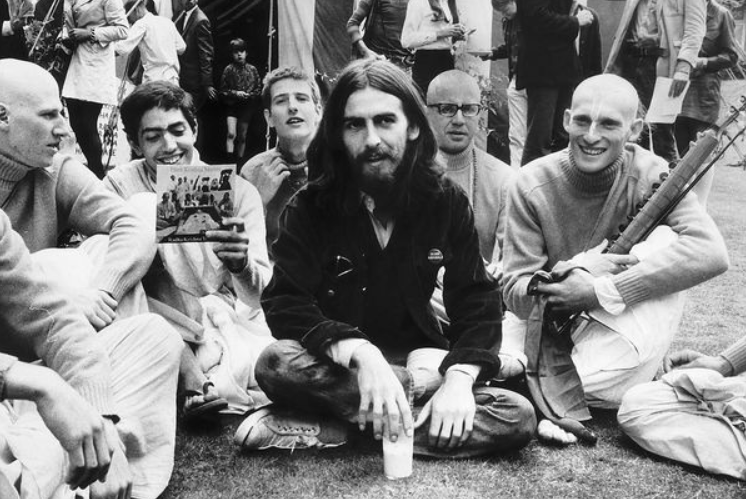 THEN WHAT?
Over the next year or so I causally hung out and talked with different Hare Krishnas. One of them was studying Ayurvedic medicine,which I hadn’t heard of then but it sounded both fascinating and insanely naive to my young ears. Who knew that later I would stuffy Holistic Health and Alternative Medicine at college.

I also spoke to a young guy who had grown up in a Hare Krsina family. He was cool, funny and smart. He listened to Shelter and seemed like quite a normal teenager, all things considered. He gave me Japa beads which I still use for chanting to this day. They are one of the items I would save if my house went on fire. I felt a warmth towards him and I have often wondered where his life took him in the end, is he still a member or did he find his own path? What was his life really like?

My fascination with the Hares Krisnas ended after I hung out with them for a full day as they set up for a big talk in the local town hall. I met loads of them that day, ate a lot of amazing food and sadly, and had the exact same conversation with a number of them – word for word…

“Buddhism is very impersonal and dry, I can tell that you are not an impersonal man, you know there is a personal god.”

I was never going to be a Hare Krisna, but this day really put the nail in the coffin for me and ended any flirtation I once had. From the outside it seemed like they were the happiest people you would ever meet – singing, dancing, laughing and enjoying Krisna Consciousness, but looking closer under the skin and it all felt really weird – there was a darkness just bubbling under the surface that once you have seen it, you just can’t ignore.

A voice in my head started screaming “CULT! CULT! CULT!” and “Danger Will Robinson!” 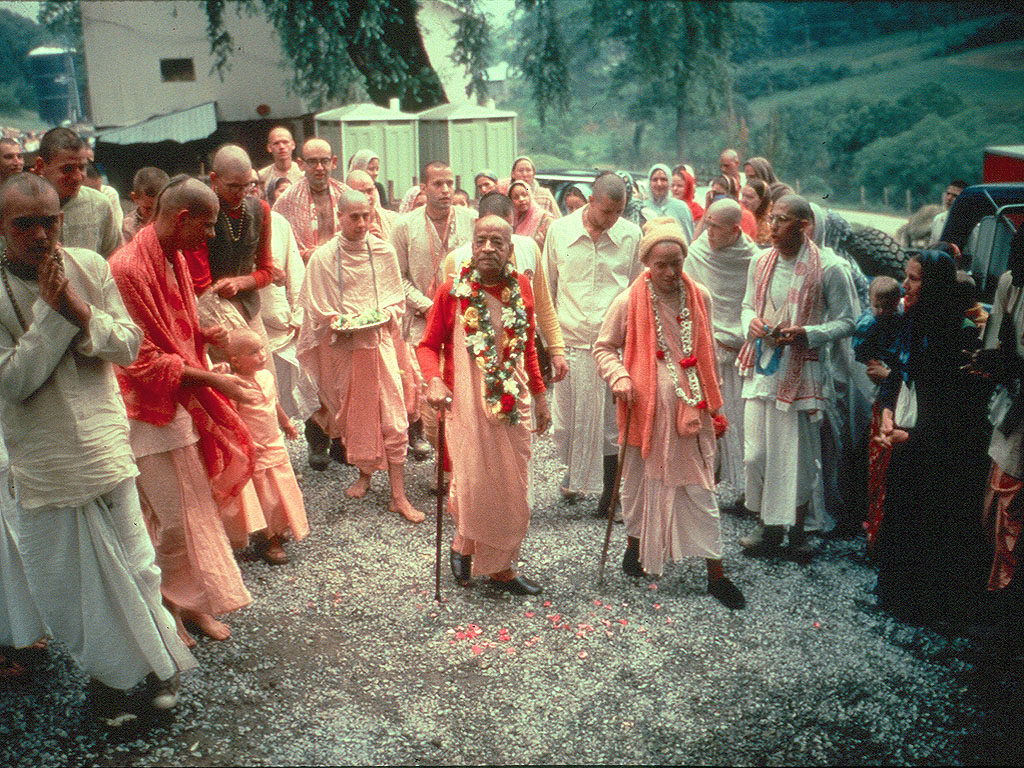 KRISHNA TAKEAWAYS
That said, there are a few things I did enjoy about their beliefs and took with me on my later adventures- I really like the idea of offering your food first to Krishna (or you could use the gods, or your ancestors or whomever you choose, although Swami Prabhupada wouldn’t approve of such things) and then it becomes blessed food and nourishes not only your physical body but your spiritual body. I always try to remember to do this, but fail so, so often. Crowley’s Saying Will is a very similar idea.

I really like chanting. I chant a lot these days. I finds it very helpful.

I also enjoy, but equally loathed, their idea that life is a game played for Krishna’s amusement- but if you think too much about that it makes Krishna a nasty sort. That said, Life does really feel like playing a game at times.

I love the idea of a community or Sangha devoted to spiritual endeavours- it feels safe and comforting to my mind, but I suspect the reality is far closer to the opposite of that. In Ireland, they have their own island, which is just waiting for a reality TV show.

Until next time…
HARE KRISHNA! HARIBOL!

For more details on The Krishna Consciousness Movement click HERE

*My previous post on the Lucis Trust and Alice Bailey is the only post that has generated negative emails and responses – and man, Bailey fans really go for it! The Personal Development elements that are missing from Bailey is very evident in some cases, not all of course – I have spoken to some delightful Bailey fans too.

I have also had similar experiences with members of BOTA, who may or may not have great esoteric knowledge, but along the way they never learned how to be a decent human being, it seems. One of my main reasons for leaving BOTA was due to my interactions with people in a particular online BOTA group. I just couldn’t deal with their condescension, anger and outright hostility. I felt that if this is the type of person that BOTA is teaching you to be then I don’t really want to be part of that. As with all these things YMMV and again I have met some absolutely wonderful BOTA members too. For my money, the actual BOTA teaching is really good, it was just some people that spoiled it for me.

**I became quite friendly with the two local members at one stage for a few months and was given a lovely hardback copy of the Srimad Bhagavatam which I still have proudly on my shelf. I saw the other guy, recently enough, having a burger in a local fast food restaurant – so I guess he didn’t stick to it in the end.

4 Replies to “Adventures in Krishna Consciousness”