Gordon White’s new book came out early in the digital world and I have since read it twice (and now bought it three times – what can I say, I’m a fan). There isn’t going to be a full review this time or anything like my post I did for Star.Ships, as I really don’t like doing reviews. There is always a voice in the back of my head that reminds me of my complete lack of right to judge other people’s creativity as good or bad. So instead, I will just say that I really enjoyed it, so much I bought it twice, and if you are interested in Chaos Magick then you should probably also buy it and read it.  That said, I will talk about some of the Magick practices and rituals I have done recently that come from the book.

I don’t really have a Magick Origin Story. I have had no actual real experiences of High Strangeness*, no real God encounters (does this actually count?), the majority of my sigils fail to have any affect, Meditation is yet again mostly a dreaded chore with seemingly no actual benefits to my mental or spiritual life, I am definitely not surrounded by synchronicities, and I am constantly tethering on the edge of just packing it all in and coming to terms with the pointless existence that appears to be all we actually have.

But I don’t. I don’t know why I don’t – it would make way more logical sense to do so, but at the time of writing, I’m still in the Occult game. As yet, no matter how hard I stare, nothing has stared back at me.

The Chaos Protocols may have a solution for me, however. Gordon has a chapter on how to instigate one of these experiences. Firstly he recommends the drug route which I have done in the past and personally found nothing particularly spiritual or enlightening about either LSD or Psilocybin , which are often recommended for “spiritual insights”.  I have thought about trying them again, but for one -I now no longer have even the slightest idea how to buy drugs it has been that long since they were part of my life. I’ll file this suggestion at the back for possible future use if the opportunity ever arises. 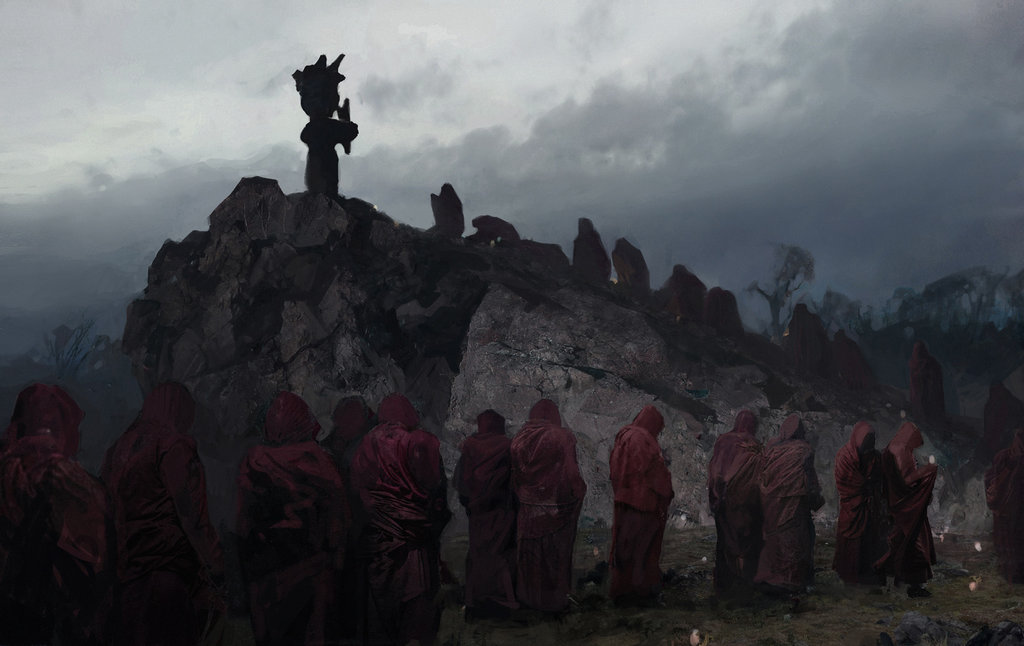 Secondly he talks about how The Headless Rite has instigated extremely weird synchronicities in well known Occult lives, as well as his own. If you don’t know about Crowley’s use of the Rite in the Great Pyramid and his receiving of the Book of the Law soon after then you can read all about it in Chaos Protocols.  I have previously performed the Rite a handful of times, using the version in Liber Samekh, to no particular effect but I though I’d try again.  The Chaos Protocols versions is a different version than I have seen before (I assume Gordon’s own version – EDIT: No, it’s from Hans Dieter Betz’s translation of the PGM) and has the added bonus of ending with a variant of the Four Kings, which fits well to my mind. Finding the location of the constellation of Orion and aiming yourself at it is a big part of Gordon’s version and something which really intrigued me. It seems right.

I have since done it 4 times in the last week or so. I enjoyed  doing it. But nothing significant happened -no weird dreams, no real weird experiences, no origin story or any sniff of high strangeness of any kind. Well, I had an one cool sync after doing it, which involved Gordon himself. About an hour after finishing the ritual for the first time, Gordon emailed me to ask me to do the cover of his new book: Pieces of Eight. So while that doesn’t feel massively significant, it is still very interesting, just not interesting enough for me to count as an origin story or any kind.

Which is disappointing. Not surprising I guess given my (lack of) history, just disappointing. It is however early days still, maybe it’s all just about to happen and my Magickal Origin story is just around the corner.

I will continue to adventure in the occult and magick lands using The Chaos Protocols as my guide book. There is a ritual in the book for meeting Lucifer at the Crossroads that I am so very excited to try. Of course, I will update you all after I complete it.

____________________________________________
*Not strictly true I have had some High Strangeness, all humans have I would guess, but nothing compared to what the vast majority of Occultists claim. Even my experiences on Psilocybin and LSD, while fascinating, felt more “Just Drugs” than Paradigm shattering. Ecstasy felt way more “spiritual” than any Hallucinogen I tried, but even then it was still felt like only a chemical experience and nothing more.

I did see something that looked like a UFO once, but who hasn’t right? It was three green lights in the sky that were in triangular formation and it flew overhead of me and some other people.

I have seen Stars move, disappear and explode but I was always drunk when it happened and it never felt significant in the way an origin story should.

I am sure there are other similar stories knocking about my past but I don’t have a story that even comes close to convincing myself of anything existing in a High Strangeness sense, but I am looking 🙂

13 Replies to “On the lack of a Magickal Origin Story”