So hello good people of the internet, welcome to another OTHER VOICES, the series in which I shut up for a while and let my favourite people talk for a while. This piece comes from the amazing, and somewhat mysterious, Corvid Longcoat, a proper practising magician who also knows the importance of theory and study. This piece is great, I hope you love it as much as I do.

So, without any further ado over to Mr Longcoat…

When I was in high school, I took a summer course at the local university, which had a massive research library. Having a “student ID”, I was able to sign my best friend in and we explored the stacks together. The undergraduate library and the main graduate library were connected, along with several smaller libraries, by underground tunnels, which we thought were enormously occult and eldritch. We spent a lot of time in the 130 section [Paranormal, Occult], which in retrospect makes a lot of sense. He was raised by wizard art dealers, and I was raised by astrologers.

A lifelong interest in the occult—in a variety of guises—was probably a legacy of my upbringing. It was also an outgrowth of the study of the Asian martial arts, as there was a lot of woo woo taught along with technique, and hundreds of years ago most martial clans had proprietary magical practices as well as rough and ready fighting aspects.

RL: What’s your area of interest?
Me: History and anthropology of the occult
RL: That’s kind of broad; what are your goals?
Me: Ultimate Power.

So the bug has never really left me, although for most of my life my practice—and practice will be our focus for most of this piece– was contained in my martial arts and qigong. The past several years have seen me explore shamanic, Jewish, Taoist, African-American, Afro-Caribbean, and “traditional” Western ceremonial magic. It was in this process that I came upon the Forty Servants. Practices from varieties of all these systems play a role in my magic. My experience is that the Forty Servants is an enormously adaptable system, and works well with practices where there are obvious overlaps [like New Orleans Voodoo] and others where there aren’t [like Taoist or Psalms magic]. While I spent a lot of time looking for “the right system”, what has emerged is that my practice is a bricolage—I add bits of what I find that fits and is useful, and the whole looks perhaps a bit hodgepodge. This may be very common, but many people also seem to find a system that fits them and they stick with it.

What unites these approaches is, of course, practice, and that’s really what I want to talk about. In the Forty Servants FB group, I made a joke once about a particular issue of the deck “finally being the magical object that makes me a Mighty Wizard without effort or practice” and one helpful soul explained to me that such a thing was possible with Chaos magick. That may be, but everyone I’ve met who was any good at this stuff *does* practice, and many of us exemplify Miles Davis’ saying “man, sometimes it takes a long time to sound like yourself.” Or put in terms of my martial arts teacher, “it takes a lot of training to be natural.”

It is that practice—seen through the lens of Issan Chozanshi, a Japanese writer on martial arts and character in the early 18th C—that we’ll look at. First, the lens:

When you sacrifice your life to training; when your techniques are mature; when your energy is under control; when principle has penetrated your mind and you no longer have any doubts; and when you are no longer confused and your spirit meets with no obstruction—your thoughts will not move within you at all.”

Let’s look at this piece by piece. 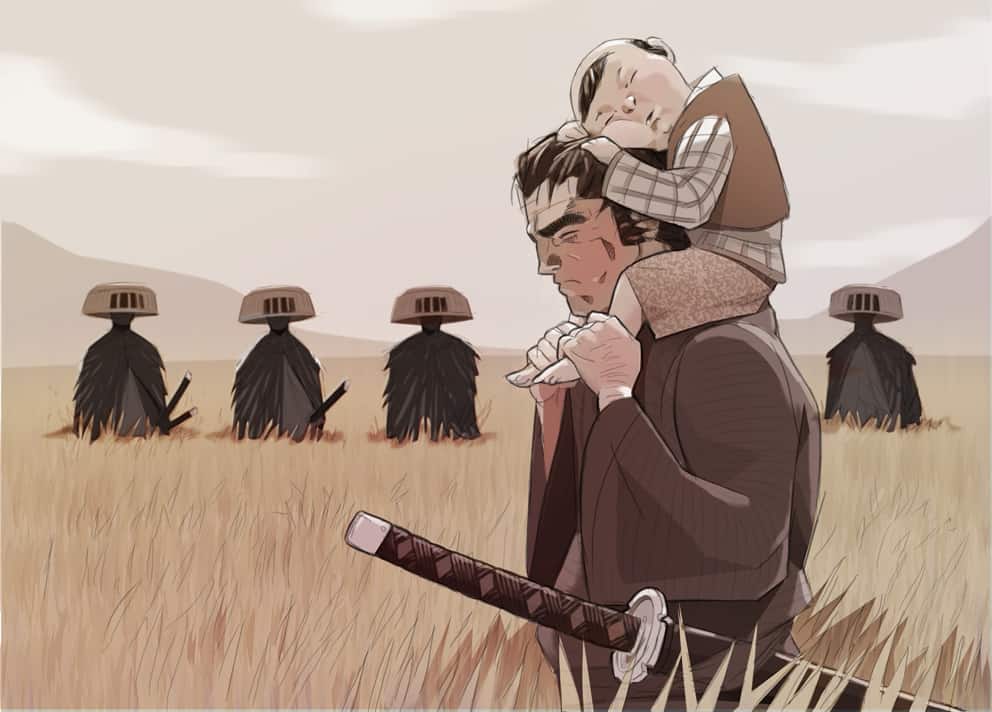 “When you have sacrificed your life to training;”

We live—in the contemporary West—in a consumer culture. We want things quickly, and we expect when we have paid for something, for it to “work.” This approach has some problems when it comes to processes where the core driver is self-discipline and/or the kind of apprenticeship teaching one finds in martial arts and potentially magic. There is something about doing something repeatedly, alongside and in the presence of both people more advanced and actual masters, which imparts information in a non-conscious way.

Call it “transmission”, call it “connecting with the spirits of the lineage/school”, or call it learning magic from a spirit or servitor, but the slow process of building up awareness and connecting to knowledge is broader and deeper than any written text. Practice matters, and we’ve seen this time and again in the Forty Servants FB group, where the details of practice are less important than the dedication of time, space and attention to connecting with and working with the Servants themselves. That dedication is “sacrificing your life to training.”

This also reads to me like paying attention to the ways in which we are conjuring, dreaming, and constructing our own reality with every action. We “give up” or sacrifice the notion of a separate life which is “doing things” to us and take responsibility for shaping our contribution to every situation. To be clear, this is not about ignoring injustice, but about shaping our own responses, and seeing the magic that emerges.

We take deep account of all our actions, and bring them in line with the path we are on.

“When your techniques are mature;”

Here we enter deep waters. Many people only accept years of study in a single path as generating mature technique; others [like the example from the Forty Servants group] argue that there is no maturing of technique, it either “works” or it doesn’t.

At the same time, such relationships give us more power when we can creatively adapt them. We can find new means of connection, develop our own sigils or patterns, see new links or correspondences, and find ways to apply the power this relationship gives in new situations under time pressure.

Most every magical technique, invocation, banishing, conjuration, natural magic, energy projection, spell or practice can be deeply understood this way, and creatively adapted this way. That is how to tell if your techniques are mature.

“When your energy is under control;”

This is fairly self-explanatory, but we often try to control our energy by repressing it, or by forcibly imagining it “doing” what we want. Energy is also one of those terms which have multiple meanings for different people, and I don’t want to get into an exhaustive discussion.

When you recognize your own emotional state, for example, and can alter it, that’s a big part of energy control. Obviously, again, this doesn’t apply to things like clinical depression or mania, where one could hardly be expected to bring these conditions to heel solely with energy work.

That said, regular meditation and qigong [“energy work” in Chinese] has—in my experience—provided a very solid basis for sensing, understanding, and working with our own and other energies. Regular meditation practice of some kind—mindfulness is very popular, but I prefer power-based qigong practices—is a vital component of magical practice, and making time to do it is part of “sacrificing your life to training.”

Control of energy involves being able to have a lot of conscious input into how other people experience you. Which is also how any magical servitors, spirits, gods/goddesses or what have you will also experience you. This, in turn, will have a strong effect on which “spirits” or eldritch energies you drag around with you, so it’s a good idea to use meditation to get aligned, and mature practices to exercise some control over how you interact with other realms. 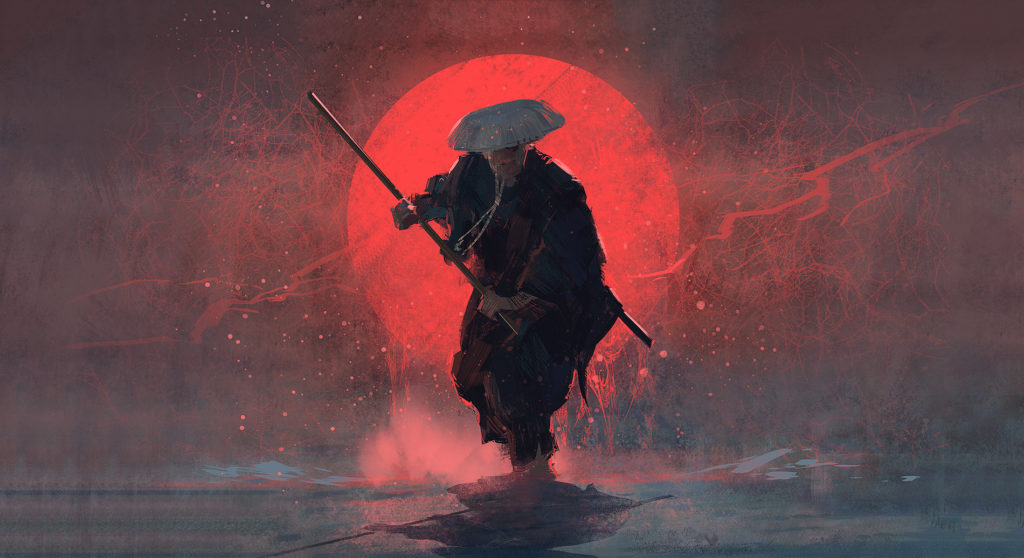 “When principle has penetrated your mind
and you have no more doubts;”

If you train for decades in an ancient, classical, or contemporary magical system, there are always a set of principles underlying it which may not be explicitly laid out in your introductory text. One goal of initiation in these systems is recognition of internalizing some of these principles. As you progress, you will *become* the principles, instead of “knowing” the principles. This is what is meant by “penetrated your mind.”

On the other hand, those of us who work with multiple systems, or find our power intuitively will also—usually unconsciously at first—be working along a set of principles. These are likely implicit. In a martial arts context, “principle” will be the combat doctrine of the style: “yield first and counterattack” for example, or “strike the limb that is attacking you.”

When we go about gathering practices and relationships with spirits in various systems, we are somehow constructing something and it’s not always clear what or how until much later in the process. We may be constructing a multi-ethnic pantheon as a corrective to a harshly monotheistic upbringing; we may be looking for underlying unity in pantheistic systems; we may be rejecting theistic systems completely and work with a model of self-development and self-deification. But patterns and principles in what we are doing will likely emerge.

When these are made explicit *and* internalized, the principle has penetrated your mind.

As for ”no doubts,” this is related to the creative adaptation of mature techniques. Your principles are deep enough that they are not “right” or “wrong”, but are adaptable to nearly every circumstance. Because they aren’t “wrong”, you are able to use them freely and without worrying if they will turn out to be “wrong.” This doesn’t mean some kind of blind totalizing faith; it means the internalization of such a deep understanding of technique and magic that you are no longer worried about whether you’re in the “right’ system, have the “right” techniques, or indeed whether they “work.”

“When you are no longer confused
and your spirit meets no obstruction;”

“No longer confused” means we are emotionally satisfied with our natural adaptation of principle, energy and technique moment to moment in life. Sounds simple, but it’s quite a development on being able to adapt those elements. Somehow we’re not kicking ourselves about how smoothly we did it; we’re not anxious about results; we’re not disappointed when we have to try again, and we’re not arrogant when things work incredibly well. [OK, I’m a little arrogant, but I’m working on it.]

With this level of technical and emotional fluidity, your spirit meets no obstruction. Not that things don’t get in your way or go wrong, but that the process of facing these things doesn’t feel like an obstruction. In short, you are able to practice magic freely, combining technique, energy/personal power, the invocation and support of other forces and natural magical elements and are absolutely fine with process and results.

As the Stoics used to say, “The obstacle is the way.” What emerges to obstruct you provides more scope for you to work.

“Your thoughts will not move within you at all.”

Quite simply, this marks the disappearance of internal conflicts, which—it appears—enormously enhances the smoothness, effectiveness and power of your magic. It absolutely does that in martial arts, and the people I know whose magic is enormously powerful are also apparently freer from doubt than the rest of us. 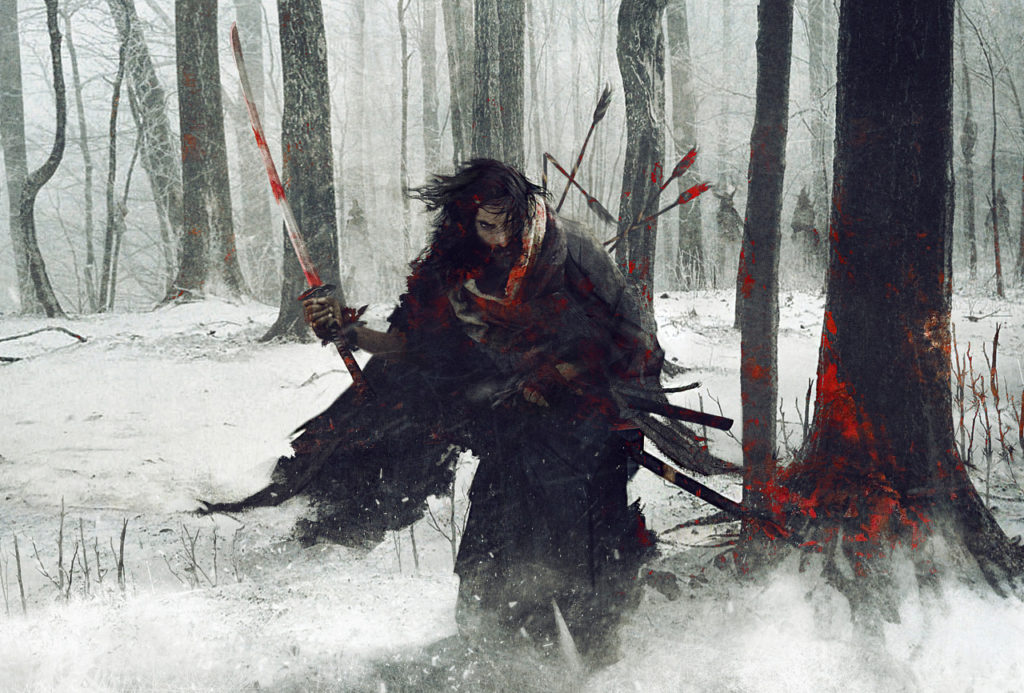 These phrases don’t work like stages of initiation; you don’t “get” one and it’s done. The quotation maps a process of continual work, expanding your practice, maturing your techniques, working with energy, clarifying and internalizing principles, and regulating our emotional response to our work. If you get to a point where this stops, get in touch and let me know how.

Corvid Longcoat is a Black Jewish Taoist part-Scottish martial artist practising in a number of occult and magical streams, including of course The Forty Servants. He lives in the US, and also studies the history and anthropology of the occult. He is not a witch.