If you missed it, Spud and I (and anyone who wants to join us) are doing a Star Ruby challenge. It starts tomorrow but I have been preparing myself in the meantime.

I spent a few hours yesterday evening and last night relearning the Star Ruby as its been a number of years since I last did it. I began by brushing up on the various imagery, correspondences, and ideas used in the ritual and I am very glad I did so as I feel I have a much greater understanding of it all than I did when I performed it in the past. I also did a brief run-through of the movements both physically and “astrally” – as in I did it in my head. Not quite as rusty as I feared.

I am really enjoying looking into the whole nature of the ritual and the elements involved, it has made the whole ritual structure unfold in a much greater way before me. That said, I do have some confusion around why the elements/ attributions differ between the Divine Names of the Quarters and the Guardians, but perhaps that will become clearer as I go on. Elemental attributions seem to be a bit of a free-for-all at times. I personally like: EAST-AIR, SOUTH-FIRE, WEST-WATER, NORTH-EARTH but that could be solely for the reason that that is how I originally learned them. I know in some Norse circles ICE is to the North and I do also like the idea of that, but never actually employ it.

One thing I found quite interesting is that the word KAKODAIMONOS, from the opening “APO PANTOS KAKODAIMONOS” declaration, means “EVIL GENIUSES” – which is the exact phrase Alan Chapman recently stressed to me to be a literal description of the Shadows that are to be bound in the Magia practice of “THE HOUSE OF GOD”. So not only can this be seen as a declaration of “Get behind me all ye meddling demons!!!”  it is also saying something around putting all your Shadows (in the Magia sense) behind you too – or get away from me “that which is contrary to the performance of my True Will”. Which I like the sound of.

Well, as long as it doesn’t make them harder to find when I want to catch and bind them, of course.

For those who don’t like the idea of calling in Angels in rituals like the LBRP then the Star Ruby may be a good alternative for you. It stays away from any sort of troublesome Judeo-Christian imagery.

As always, all of this below is very much a UPG moment for me here, so discount and dismiss as needed.

Unlike the LBRP you call in group guardians rather than singular entities.

The Iynges to me appears as a swarm of screaming magic birds flying in the wind – but it is also interesting that they have a connection with witches and wheels and this made me think of wind turbines – though I am a bit obsessed with them right now from doing my new comic which has Turbines as a recurring motif. I see the calling of the “Junges”  as calling forth the power of magick. What could go wrong there, right?

The Teletarchs can also be rendered as “founders of the Mysteries” or “Lords of Initiation”, or something like “the invisible guardians of the Magical Tradition”. So, the debate in my head is whether to see these as Lineage Ancestors (not talking about your dead Uncle Frank here, more the Magic Lineage Ancestors) or perhaps they are something closer to The Secret Chiefs – I am currently leaning towards Secret Chiefs as depending on what way you call in the Earth Element you could have Lineage Ancestors there. See below.

The Synoches are the “maintainers”. I see these currently as something like the elementals that work in the furnace of existence, keeping the fires going. This is in the element of fire so that works well. Also, think of welding, with the whole “joined together” which also fits the Fire element.

As mentioned above DAIMON simply meant any sort of spirit or “genius” with DAIMONOS being its plural. This is the word used in the second version of the Star Ruby that Crowley supplied us and the one I am planning to do. However, it is “DAIMONES” in the first version, which is similar and related but different.

The original word in this section was DAIMONES, perhaps referring to “the souls of men of the Golden Age, forming a link between gods and men“. The H.G.A. was once called Daimon, so the Daimones were those who “had their genius” i.e people who had achieved  K&CHGA. 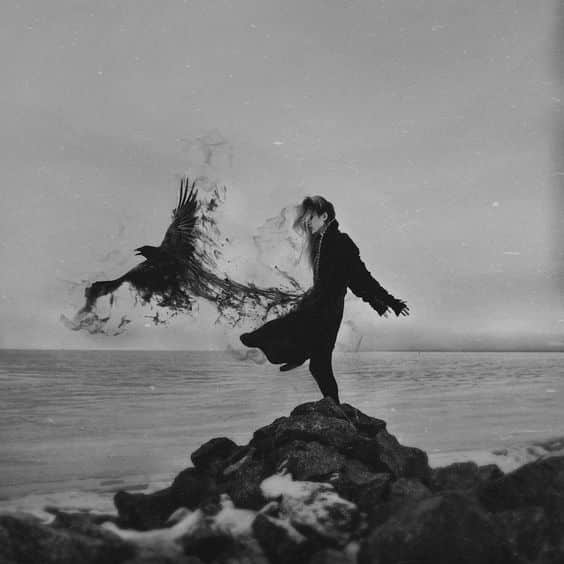 I’d like to bring in some Magia correspondences here. Magia is concerned with the setting sun, and the darkness, and that the “Men and Women of Alabaster” are to be Lamps in this Darkness. Therefore being that Daimonos are assigned to the North, “the place of the greatest darkness” would it be fair to suggest that this is calling “The Men and Women of Alabaster”? Also, the Mountain and Forest analogies fit well with the Earth Elemental placing

Or, is it just more likely that you are calling general helpful earth spirits? More importantly – do I get to decide which?

I am going to remain open to all this and see what appears rather than holding tight to any idea I might want to project on the ritual. The whole “Look just to see rather than look to confirm” thing.

Well, Spud’s life has already fallen apart it seems and he has yet to even do his first ritual – though I will let him tell his own story. He will also be doing blog post here on AIWW now, so keep an eye out for that.

For me, I managed to completely put my back out while I dried myself after a shower. This I feel is more aged related than banishing related but I think it worthy of note. On the other side, I also was bought a lovely present of a book.

This is why we need to keep good notes – it would be all to easy to see the muscle strains and not the free books.

SO, actual Challenge starts tomorrow. I am looking forward to it.

I’ll be doing daily updates on my progress over on the AIWW Discord server, but if that doesn’t interest you then I will also be posting them here when I have enough to fill a blog post.

If you want to help me out and allow me to continue doing what I do
then there are a number of ways you can do so. Obviously, there is no obligation
or pressure to do so, but if you do I thank you from the bottom of my heart!

WHAT ARE THE FORTY SERVANTS?
The Forty Servants Deck- STANDARD EDITION or DELUXE EDITION or DIGITAL EDITION
Get the GRIMOIRE or Look at the ALTAR CARDART PRINTS

Send a donation to Tommie via PAYPAL