Not Actually Doing Any Magick

For about the last month or more I have noticed that I haven’t actually done any Magick at all.

I think this comes from being a bit burnt out with the whole constant trying to Magick all the time. There was a point there where I don’t think I was doing anything non-Magick related – even my relaxation time was spent reading Magick books. But also I feel it happened because I was spending too much time in other people’s outlooks, and not enough time following my own path. My meditation practice has also been terrible, often going days without doing it and then when I do I barely manage ten minutes.

My goal in Magick has always been personal development – I want to become a better person – mundanely and spiritualy. From my teenage years when I first got into all things spiritual, my goal and drive was always to become a more complete person. There is definitely ideas mixed up in this about Ascended Masters, Karma, Reincarnation, Soul evolution and a host of other things that I reckon I have dropped intellectually, but are still there- buried in the darkness of the unconscious.

If pressed I probably would say that the meaning of life is something related to developing, learning and becoming more evolved.

The problem with magick though, is that it often appears to be just about getting the “stuff” rather than becoming something greater.

Be the Energy, Don’t Just Borrow It

I have been doing lots of reading and study into Grimoire history and use, all stemming from Gordon White’s excellent course. But it just wasn’t sitting too well with me. I felt that I should be into the topic, but I just wasn’t. Even the books I bought as supplement to the course were a hard slog for me as I just couldn’t get into them- so much so that I haven’t actually read or opened a book in about three weeks. Which is probably the longest time I have spend sans-book in at least ten years. If it smells like burn out…

The Grimoire system seems, at least to my basic understanding of it, all about getting demons/spirits/whatever to do things for you. There is a huge emphasis on intercessory magick in occult circles these days, (possibly always) and it just doesn’t gel with me fully. I can obviously see the benefit of it, but it feels like ultimately it may just be a crutch.

For example, years ago when I first started doing webcomics I needed a website, and rather than hiring someone to make one for me, I spend some time learning how to do it for myself. Which has paid off much, much better in the long run. If I want to do something I always try to learn how to do it myself rather than getting someone else to do it. I like learning things, and I like being able to do things for myself. I like working and creating on my own, I like being in control of all the things, and I like being able to get the stuff that is in my head on to the page without having to explain it to someone else.

And with the Grimoire stuff, or any intercessory Magick, it just kinda feels like hiring a WordPress guy rather than learning how to use WordPress for yourself. So, while it may be cool to call up a treasure spirit and get him to hand over some goodies, I’d much prefer to learn how to make or find my own treasure.

Even when I use the Forty Servants, I don’t really ever use them in an intercessory way. I don’t ask them to do stuff for me, I ask them to show me how I can do these things, or gain their particular qualities for myself. Personally, I feel the main benefit of Invoking is that you can learn to become that energy/attribute/aspect for yourself.

With invoking (or modelling if you prefer the NLP lingo) you fit the god’s/spirit’s/demon’s/Servant’s energy on like a coat and see how it feels. You then walk out into the world exuding that energy and acting like you are that energy. If you just Invoke you will always have to borrow that energy to use it, but once you know how it feels you can work on cultivating that energy within yourself until you come to the point where you can just switch it on or off – you have become that energy!

So, If you only ever ask spirits or whatever to do stuff for you, you never learn how to actually do that stuff for yourself or become and embodiment of that energy. Which seems like a waste, to me anyway. 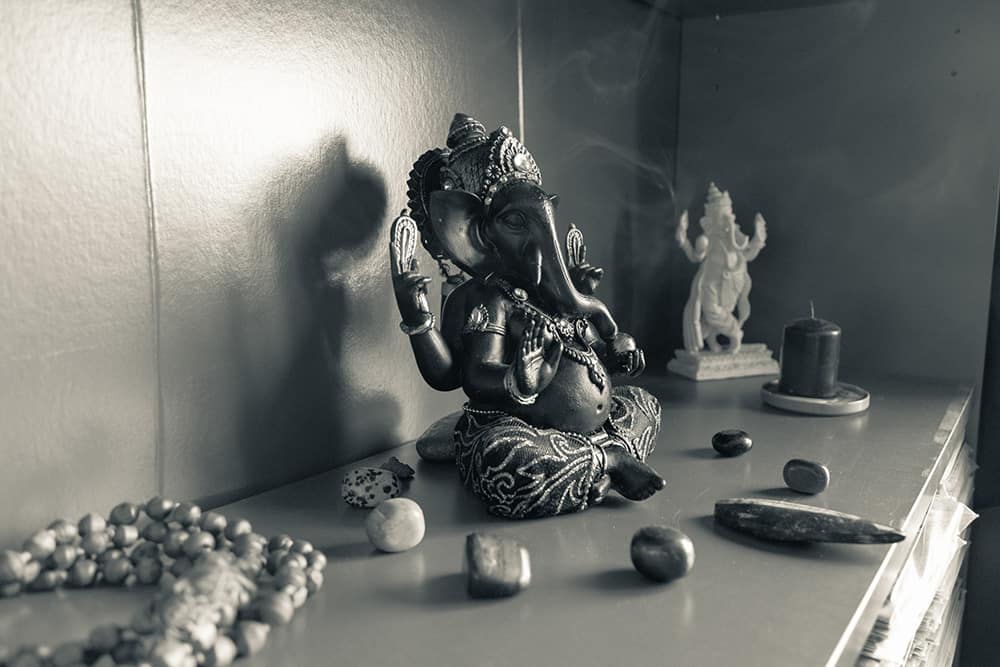 I recently mentioned on a podcast that the Law Of Attraction and related ideas (Vision Boards or Glamour Magick for example) was always more successful for me than say Sigils, but yet I don’t do any LoA stuff anymore I mostly just do Sigils. Why is that? Doesn’t that seem dumb? I think it’s because LoA isn’t seen as been cool in Chaos Magick circles, it actually shunned and mostly laughed at,  and I may have been paying too much attention to that. The calling card of Chaos Magick is “Do That Which Works” and I feel I may have been getting too concerned about the aesthetics. The results are what matter not the method.

I won’t stop using sigils completely, as they still give me about a 60% success rate- higher if I don’t care at all about the desired outcome, a lot less if I really care about getting it, which is really interesting, don’t you think? It would almost make you feel that my thoughts and emotions played the biggest part in it.

Basically, I have been paying too much attention to what other people experience Magick as, and not enough attention to my own views, beliefs, and experiences of Magick. It’s great to expand your knowledge and see what other people have to say – it’s great to learn new things, but it’s also highly important to then spend sometime assessing the usefulness and effectiveness of what you have just learned. Does it actually apply to you or your life? Is it actually useful? Do you like it?

I need to get back to the things that work for me. Hanging out with other ideas, and world views is brilliant and should be encouraged, just as long as you don’t loose yourself in the process. 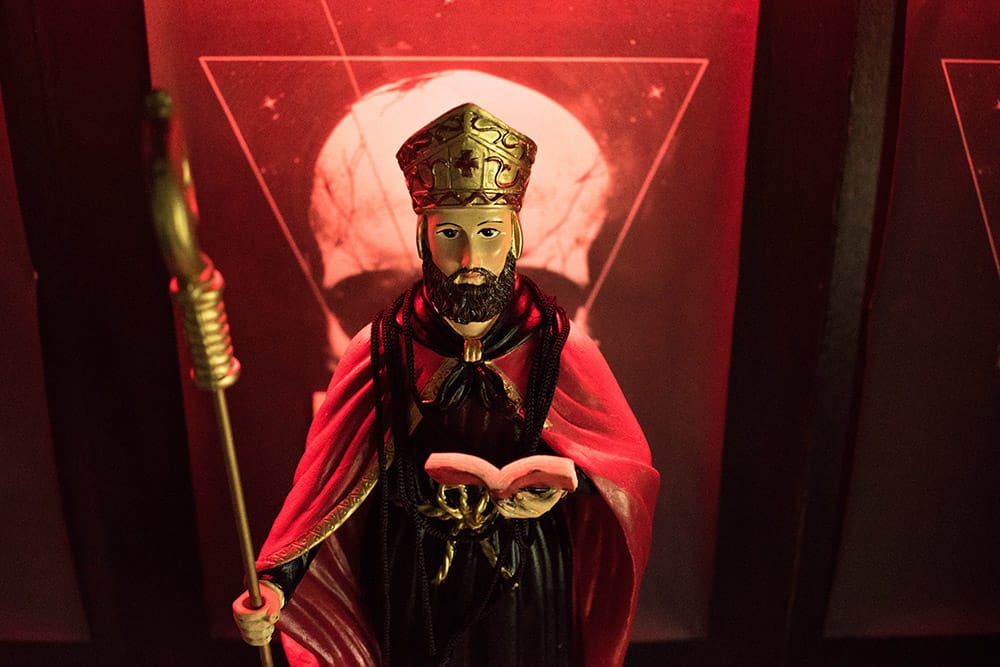 In completely different news, recently over on Facebook the Gif version of The Forty Servants deck got marked as spam and was deleted. It has been shared more than a couple of hundred thousand times, and I had actually paid Facebook some money at one point to “boost it” (which was absolutely useless- in fact it seemed to slow the posts viral nature down considerably-  don’t bother with boosting posts unless you want to spend a lot of money), so when I logged into to find it had been deleted it really irked me.

But I took a positive approach and made a new version – a better version – and posted it in its stead. All was well until Facebook then changed how it handles Gifs, now you have to cluck the link to get it to work, it no longer plays from within the actual Facebook post. But what are you gonna do? Facebook doesn’t owe me anything and it certainly never said it would ever worked the way I wanted it to.

But wait there’s more…Then soon after I logged into my personal account and was told that it had also been reported as sending out spam. Facebook then made me deleted some posts, and unlike some pages. The funny thing was that it didn’t seem to care which posts or which pages, it just wanted me to delete something. This was a pain and annoying, and would become even more of a pain a few days later when the same thing happened again!

I just don’t understand why people do that.

Well, I actually can get my head round it, but only by thinking that People = Shit, and I don’t want to have that outlook.  I just don’t want to believe that, even if a lot of the time there is plenty of evidence that could confirm the truth of it. I guess people want their voice to be heard. So rather than just unfriending or unfollowing they feel they must make a point that “This upsets or annoys me – the authorities must be informed of my dissatisfaction post haste!”.

It’s almost as if Facebook is set up to be as annoying and anti-user friendly as it possible can be. The whole thing feels like a massive social experiment where we are the lab rats. It probably is, I don;t think they even try to hide that anymore.

Anyway, the long and short of it is that I am culling loads of people from my Friend list; awhile back I just started saying YES to everyone who asked and that was probably a bad move. SO if you get dumped and feel that was in error, please send me a message and we hook back up.

8 Replies to “LIFE: Remember Your Own Path”