Ancestor work and Ancestor Offerings are seen as one of the most valued Magick practices, if not the practice, by many people who’s thoughts and Ideas on Magick I enjoy. Gordon White has a whole section on it in The Chaos Protocols, as does Jason Miller in his Strategic Sorcery course and books, as do many others. It’s cited as an extremely beneficial practice due to your Ancestors probably being the best spirits you can work with. They already have a deep connection to you, are likely to be loving, kind, helpful towards you and would want only good things for you.

The problem is, that’s not really how most families work though, is it? Apart from the standard personality clashes, power plays, egos, fights and the like, there is also just the fact that some relations are assholes, or downright just don’t like you. How many of us would actually ask some of our living relations for help now, never mind asking when they die? What about abusive, violent and nasty Ancestors?

Gordon’s solution for nasty Ancestors is to just not invite them – to shun them and leave them out of your work. He suggests that the idea of being forgotten or ignored by your future generations is a fitting punishment. I see the merit in this, but could someone’s family be so dysfunctional, unreceptive or even openly hostile, that it’s best just to leave the whole thing alone?

For instance, my Grandmother on my Father’s side of my family tree made no bones about the fact that she didn’t like myself or my sister. Before she died, and when I was an Adult, I spoke to her about it, saying that it was obvious she had no love for us and that that was fair enough, she is who she is. She didn’t love me, and I was OK with it. She just silently agreed, nodded, inhaled a cigarette and no more was ever said about it between us. I just wanted her to know, that I knew.

I don’t have any fondness for her whatsoever and I don’t feel any sort of closeness. She wasn’t nasty or abusive, but there was certainly no love shown, or fondness. She would always correct me on how I spoke and would always make a big point of point out any flaws or to compare me to my cousins (whom she did really love, they had a loving and kind Grandmother in the same woman). I think it all stemmed from her not liking my Mother and that was passed onto my sister and I. She would say that we weren’t really Kellys, but really McAllisters, which is my Mother’s Family. 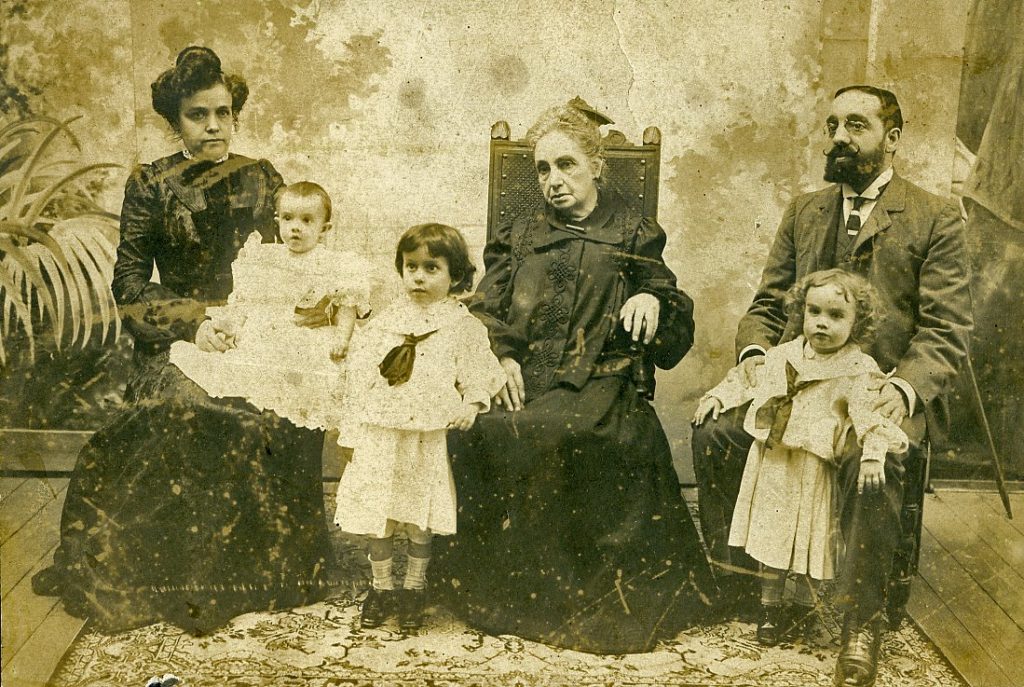 Not my actual Ancestors.

The overriding feeling that I got from her was that I was not good enough, that I didn’t deserve good things, and that I was a burden or a thing that had to be tolerated. She made me feel like I was on a lesser rung that the rest of her family. I think this tainted my other relationships with my extended family (on both sides of the tree) – that we were something to be tolerated rather than loved and part of the family. It’s a hard feeling to pin down but I am guessing it must be similar to what the Children of an Old marriage could feel when they enter an unwelcoming new Family Marriage.

Interestingly, when she was dying and she was in the Intensive Care Unit, I went to see her and she got very excited when I arrived. She was more or less out for the count at this point so it was particularly interesting that she had this reaction to me. I often wonder was that an attempt to reconcile or say something before the end? Or did I just arrive when the drugs kicked in. Impossible to know, but I hope it was an effort to make peace. If it was, I accept it. She died very shortly afterwards.

Which brings me to my current Ancestor work. I get the same feeling as I got from my Grandmother back then, when I try to engage my Ancestors now – and I find it a bit unsettling. I do a lot of offering to my Ancestors (Candles, Water, Alcohol, Incense etc.) and have also called them up regularly-ish for a chat, just telling them what is going on and what I am working on, or what they might be able to help me with.

“Fend for yourself – you got yourself into your own mess, you get out of it. Don’t come crying to us, it’s no one fault but your own.” they seem to snarl back at me. When I talk to them, I feel like a child being scolded for annoying the adults. 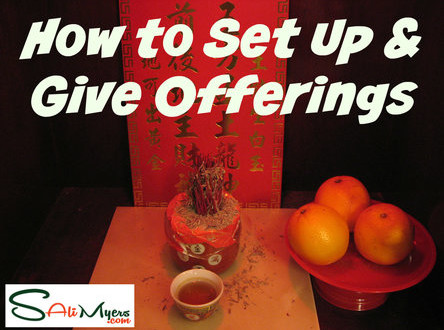 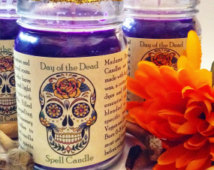 Now, of course I know that mixed up in all of this is my own shit around family, guilt, responsibility and feeling that asking for help is a weakness, amongst a host of other stuff that I am probably not even aware that I am not aware of – but the Ancestor Work, if nothing else is an interesting frame to view the big picture in. It allows me to see some of my own thoughts through the eyes of Elders. How do I actually feel about my role in my family? or how supported should I be by an alleged support system?

That all said, it does feel like there is more to this than just psychology.

There is a conception of dead people that they somehow become enlightened or wiser by merely dying. Stuart Wilde says that in his time doing seances the biggest lesson he learned was that dead people know about as much dead as they did living – crossing the threshold conferred no great new insights into life. So this would also make you wonder about how helpful your Ancestors can actually be to you now, in a world that is dramatically different from the world they lived in.

But while they may remain the same people they always were, they might have an advantage in that their perspective on the real world has changed. While Uncle Jim might still be an idiot,  he may be an Idiot that can see things you can’t. Or show you something you have filtered out.

Maybe the level of effectiveness that Ancestor worship/Magick one will have depends on how cool your Ancestors were. Perhaps if you had really loving and helpful Grandparents they might still want to help you now. But perhaps you just don’t interest them, or worse they are in it just to get what they can get out of you and only have their own best interests at heart.

Can the dead’s motives be that different from the living?

HOW TO APPEASE YOUR ANCESTORS

ANCESTOR ALTAR
The standard beginning of Ancestor work is to have an Ancestor Altar, I don’t. I have two Altars – one main one and One Ganesha one. I do all my Ancestor work on my main Altar, which I am aware may be a factor in the hostility. It something I may rectify in the future.

If you want to set up your own Ancestor Altar just get some pictures of your dead loved ones, a white cloth and some candles. Then just say a prayer, sing a song or just talk to them. Offering them spring water is also recommended.

HELL MONEY
Hell money, or Ghost money, is fake bank Notes that are burnt as an offering to the dead to help them pay their debts or to lighten the burden in the afterlife. You can buy Joss paper Hell money online or just do what I do and Google image them, find a note design that please you and then print it out. The secret to making it seem more authentic is to crumble up the money and then straighten it back out a few times so that it more resembles real and used currency.

If the idea of burning fake money makes no sense to you or seems a bit silly, just think of it in terms of offering a candle – it’s not that terribly different an idea. I also think the effort you go to into printing, cutting out and making the money look “used” can add to offering.

TARPANA
Tarpanam means “That offering which satisfies”. This is a Ritual to help ease the dead or even move them towards the light.  In return, they leave you a blessing. It is also used to feed the dead so that they don’t feed off you.

You will need:
– Black Sesame Seeds
– White Rice
– A Coin (gold if possible, you can re-use the coin)
– Dharba grass, if you can get it.
– Water

Place some seeds, rice, and the coin into the palm of your right hand. Take a bottle of Spring water and sprinkle a few drops over the offerings. Close your eyes briefly and think of your ancestors. Pour water over your hand and say:

“I invite you to take this offering, six generations of ancestors on my mother’s side. Take this energy. Be healed, be at peace, cross into the light and please don’t forget to bless me”.

Then Repeat for your Father’s side.

Probably best to do this outdoors, but over a sink is fine. Wash off all the seeds and rice with the spring water.