Frater Barrabbas posted a very interesting post yesterday – interesting in that it hits at something that has been playing on my mind over the last few days. Are some of my Magick Practices actually getting me anywhere? Am I actually getting any results from my efforts? Is there any sign of a return on my Magical investments?

In the post, Frater Barrabbas  states “The real issue here is whether the magic that one practices actually makes a difference in the life the magician” and this struck me as very important to consider. Am I blinding following practices in the hope of some future reward or am I getting benefit in the here and now? I am pursuing pointless exercises?

THE REWARDS OF OFFERINGS
I have been thinking recently that I do lots of stuff in my daily practice that I hope builds up to something, but has currently shows no actual results. Since I started The Strategic Sorcery Course last October (2016)  I have been doing daily offerings mostly to “Ancestors Known and Unknown” but also to specific Ancestors, The Mighty Dead, All  Souls and the Dead who I have known but weren’t related to me. This was instigated not only by Jason’s work, but also Gordon and a few other sources. It seemed like a good practice to do. I have linked some posts in the NOTES section below.

Mostly the offerings comes in the form of a candle or spring water but I have been quite specific at times – a ginger cake for my Grandmother, a can of Guinness for my Granddad – that sort of thing. I also have used rum, vodka and numerous incenses. Prayer also plays a large part.

The conclusion that I have come to is that this has made zero change to my life, my world, spiritual view, I don’t feel any closer or connected to my Ancestors or am I aware of any benefit to me or them.

This is six months of a daily offering practice and I don’t feel I have gained much, if anything from it. The only feeling I got at any stage during the six months, and it was more just a slight hunch than a real proper experience or feeling, was that I was bothering them. 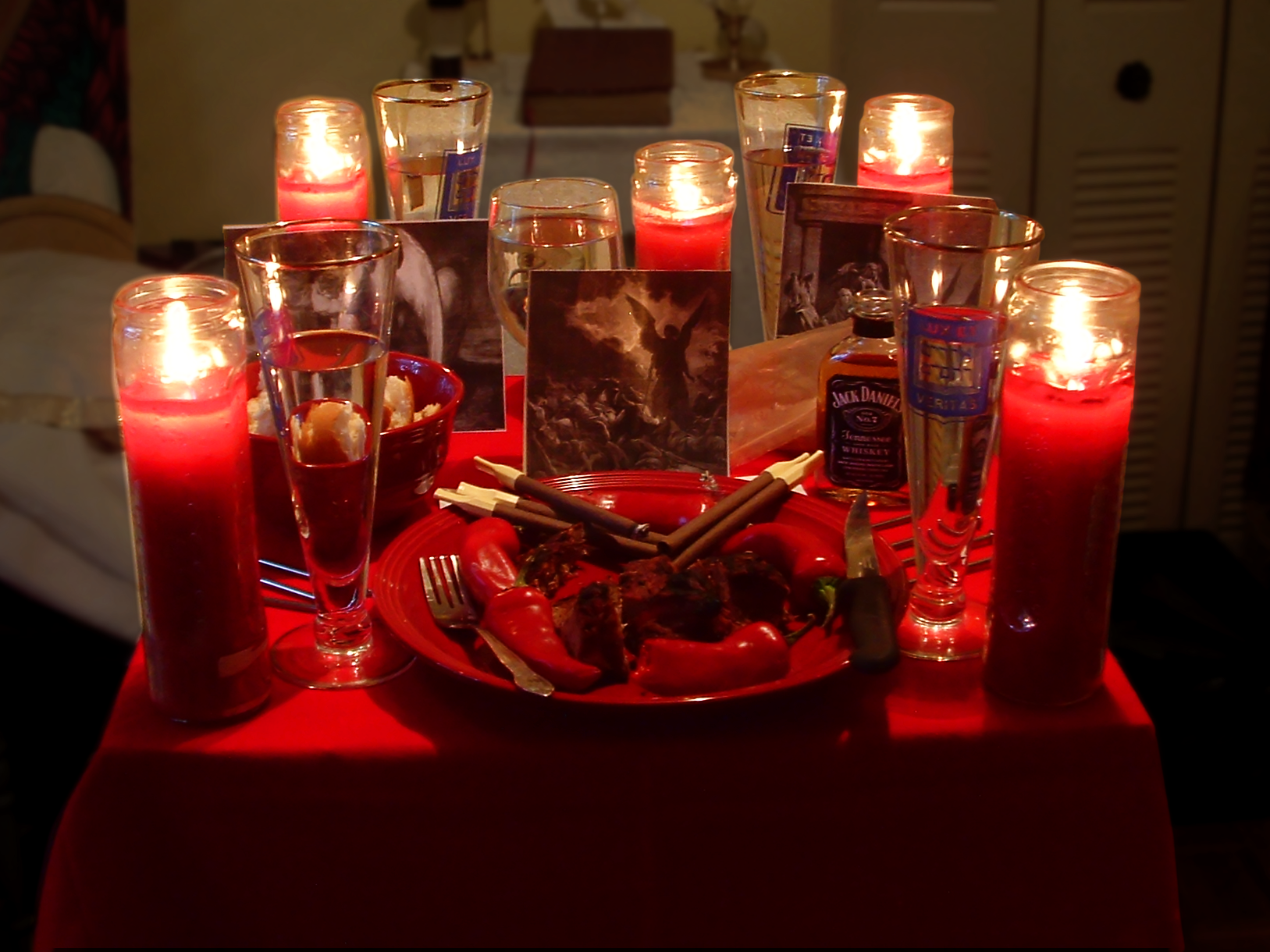 WHAT ARE YOU EXPECTING?
Good question, I’m not totally sure. I began the practice as it was told in many areas that it is a great way to improve your relationship with the spirits – so that was my main goal. That is the main reason I began this practice. However, I don’t feel my relationship with the spirits has improved or changed in any way over the last six months. Good or bad. I feel no closer or more distant from them, or even the idea of them.

Second, your Ancestors are seen as the spirits who are most likely to want to help you so I was hoping for some help in my day to day life. My life is in no way different from six months ago other than I have less work and less money than I had then (which, however, is something that cycles for me anyway- being an artist means that you have feast and famine cycles, I am in no way complaining –  that’s just how it is). So, I would again put this down as no change.

Within this time I have also prayed for them, spoken to them, asked them for help or their blessings, asked for guidance – but nothing significant has changed, improved, worsened, or happened in my life from  this six months of doing daily offerings and prayers for the dead.

The question is how long do you keep doing something before you decide that it doesn’t have any benefit?*

LACK OF REWARDS FROM MEDITATION?
Take meditation – it could be countless years before you get any actual results or deep insight (in fact, some claim you will never get any and if you do you should ignore it).  For all my meditation practice I have gotten way more benefit to my inner mind by giving up caffeine than by meditating –  within days my stress and anxiety levels reduced measurably, my inner chatter lessened, and my frustrations were more manageable.

Of course the kicker is – would I have given up caffeine had I not being meditating?  How could I know?

I don’t feel I get much benefit from meditation but I still do it daily in the hope that at some point in the future it will become beneficial to me. I find it a chore mostly, a thing to be endured.  But like I said, you aren’t meant to expect any results from meditation, it’s just something you do now, everyday, for the rest of your life.

Very seldom do you hear reports of people having massive insights after six months of Meditation,  but you do hear lots of stories of how a week or days of Offerings have changed people’s lives or caused a significant incident. Of course – people.claim.shit – and this has to play a factor in my expectations, but I do feel that I should have at least had SOMETHING to show for my six months, no?

This makes me think about other Magick I do, am I actually getting any benefit from it? Am I just really just LARPing? Sincere and genuine, but LARPing none the less. I am hoping there will be an effect rather than there being an actual effect of my magick work, and that’s not good. ** 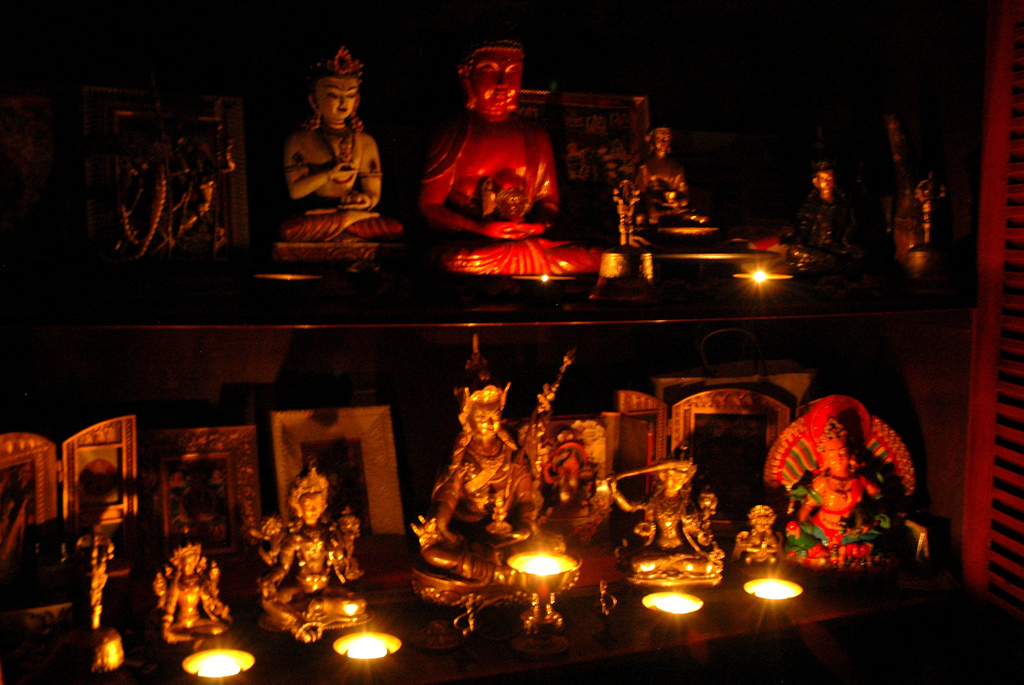 SO WHAT ARE YOU SAYING?
I guess I am not really saying anything, more asking the question:
How long should you stick at a particular Magick or Spiritual practice – where you are getting no results or benefit – before you should decide that it doesn’t work and stop doing it?

What is a good judge of knowing when something isn’t working or whether it just needs more time? Would Daily Offerings open up amazing spiritual paths to me if continued for another year or another five years? How can I judge if it is  a worthwhile investment or not?

Is your/my Magick actually a worthwhile practice ultimately?  Is the results you get equal or more than the effort you put in? If it doesn’t seem to work, is there a point to it? What part of our daily practice are we doing that doesn’t actually help us in any way? Should these elements be dropped?

Or are we to be happy with so little return on some of our investments?

*I am aware that Offerings aren’t actually for your benefit they are for the spirit’s benefit. I am OK with that, and have no problem with occasional offerings or prayers for the Spirits or the Dead, but the sort of Offering practice is presented as a more reciprocal thing – like the GEBO rune, which means gift but implies a trade or some sort of give and take or obligation on the receiver.

**When I say LARPing, I didn’t mean to imply that I don’t take it seriously or was just going through the motions.  I mean more than if you are doing magick and it isn’t working, are you just pretending?  Also, In case there is confusion – I am not saying Magick doesn’t work – it clearly does (at times anyway) – just is it worth the effort?

– ALSO, I am not picking on Offerings, it’s just the example I choose, I could have easily have gone with something else – chanting, evoking etc. Or could have replaced Dead with Gods. Same outcome.

– THE POWER OF DAILY OFFERINGS
– WHY MAKE OFFERINGS TO BEINGS WHO DO NOT NEED THEM?
– How to Trade the Troll Market: Offerings
– Offering Disposal

17 Replies to “Are you getting a Return on your Magick Investments?”