I have said before that I don’t really have a Magickal Origin Story – a High-Strangeness event that convinces you, without any doubt, that Magick exits and your day to day existence is not as it seems. I have vague moments where I catch a glimpse of something other, but there’s no single experience that I would consider a Crossing the Rubicon type moment. Drugs, particularly psilocybin, DMT or LSD are usually the most touted ways to have one of these experiences, but while I’ve never had DMT, I have had psilocybin and LSD and found, for me at least, absolutely nothing spiritual or enlightening about them. The experiences were certainly weird and unusual, and at least a few of them were tremendously unpleasant, but ultimately it all just felt like being on drugs and nothing more.

I often wonder how many Magick experiences are really just people having drug experiences and thinking they are more profound and enlightening than they actually are. That said, I don’t dismiss all drug experiences as being totally non-magickal, in the same way I don’t dismiss all UFO stories as false. Even the die hard UFO folks accept that 99% of UFOs sightings are either faked, lies, swamp gas or weather balloons – it’s the other 1% that makes people believers.

Gordon White in his book Chaos Protocols suggests using The Headless Rite as a way to a Magickal Origin Story, or as he calls it Becoming Invincible. Interestingly, and of course a glimpse of perfect Magick, I had an extremely large sync after doing Gordon’s version of the Rite, which involved Gordon himself. About an hour after finishing the ritual for the first time, Gordon emailed me to ask me to do the cover of his new book: Pieces of Eight. So while that doesn’t feel anything like a full origin story to me, it does count as one of those fantastic Magickal Glimpses.

And recently these Magickal Glimpses have being coming fast and frequent. For instance, after recently doing the Jupiter Ritual from Rufus Opus’s Seven Spheres there was an hour or so of Thunder afterwards. A knowing Thunder too, not just your standard run of the mill Thunder. 🙂 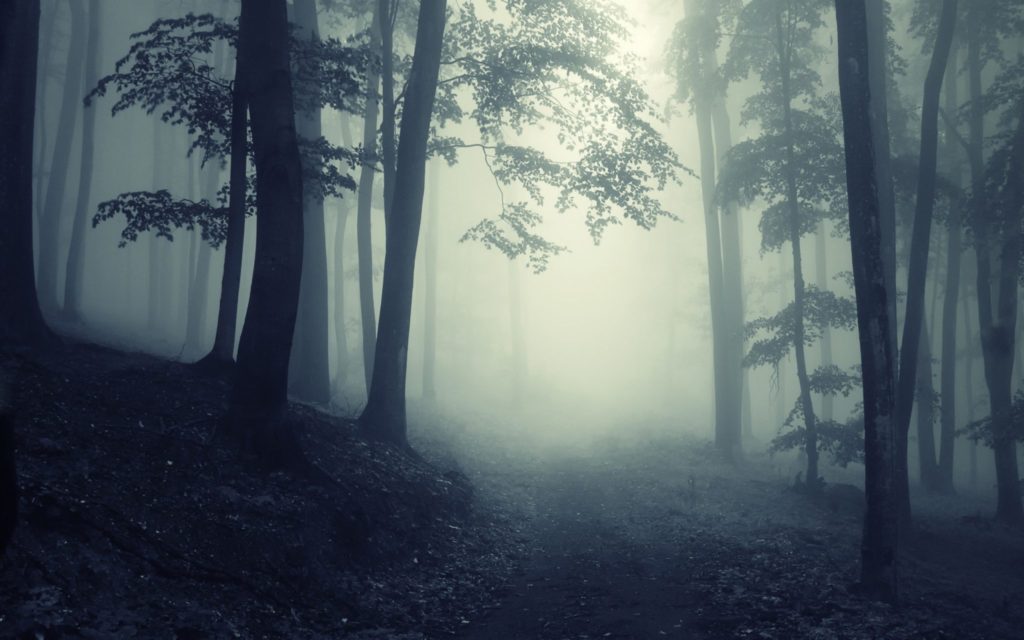 One of my latest Adventures in Woo Woo, is a return journey of sorts for me. Years ago when I was studying Holistic Health at college, my Reiki teacher organised a Shamanic Course for some of us. It was the usual Retreat Centre weekend course type deal and even though I felt no real pull towards Shamanism I went anyway. I’m glad I did. It gave me a much better understanding of what Shamanism is – I had  thought Shamanism was just a Native American thing and as cool as all that is, it just wasn’t my thing. My view of what Shamanism is became much larger and much wider.

But then I just sort of forgot all about it. Life moved on.

But recently it has been popping up for me a lot and I have noticed that if you start to take these little hints seriously life works out a lot better for you. I looked into and started doing some Journeying, using drumbeats (even tried some of the Binaural Beats for a bit – didn’t do anything for me) to try to get into a trance state. And then, just to show another Gordon Sync, he posts a new podcast with Langston Kahn, all about Shamanism. This was followed by a friend of mine, who I had no idea was into this sort of stuff,  offered to do some Journeying for me.

I knew I was on the right track.

HOW TO DO A  SHAMANIC JOURNEY
The set up for Journeying is extremely simple.

I first smudge the area with either Sage, Palo Santo, or Rosemary. Then I call in all my helping Spirits “know or unknown, Seen or Unseen, heard or unheard”. I tell them what my intention is for the Journey and ask for their help and blessing. You can use a rattle while doing this, if you want to really get into the mood.

Then, I lie down on the floor, put on my headphones with the drum beat (I tried without headphones and headphones worked better) and then cover my eyes (I use a T-shirt). I spend a bit of them relaxing my body and then I start proper.

To get the whole thing started, for me anyway, it seems that you have to actively begin the visualisation process yourself. I start by picturing myself in a Forrest with a blue white light ahead that I start walking towards. Then I try to get out of the way as much as possible and see what happens or what comes into my mind.

Nothing really happened the first few times other than my mind wandered all about the place with seemingly random images and pictures. But after about a week of doing daily half hour session I got a very decent journey. I’ll give a brief description below, but feel absolutely free to skip it. Reading someone else’s journey experiences might be as interesting to you as looking at someone else’s holiday photos is to me. I add it only for completeness sake, it is not compulsory reading. 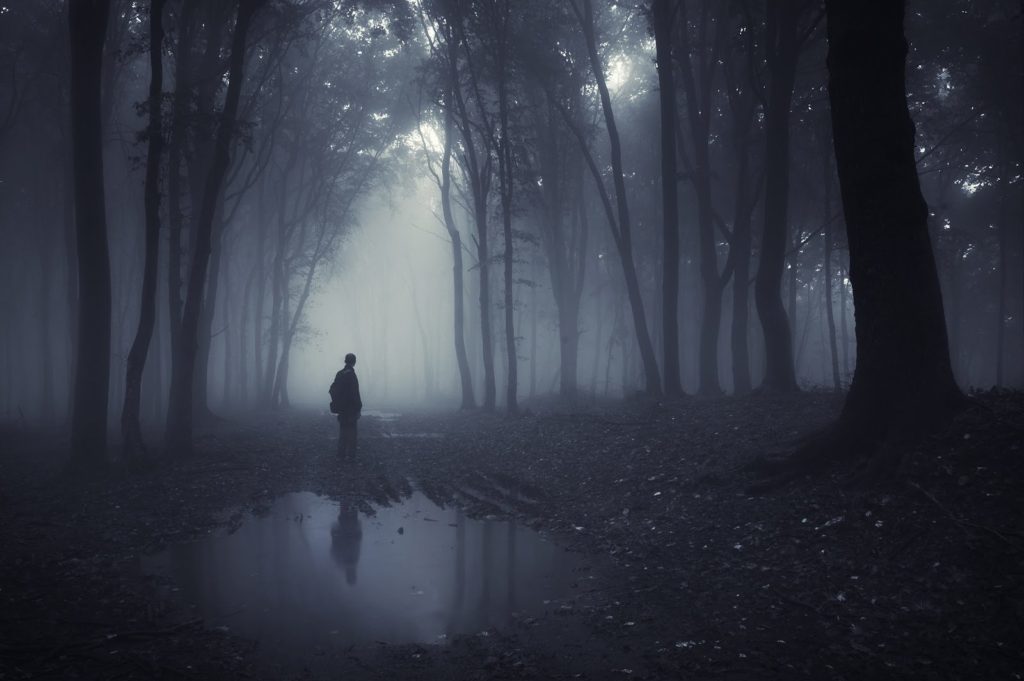 THE JOURNEY
I was in a dark Forrest, it’s night time but there is a huge glowing blue white light in the near distance. As I get closer I notice that it is a white dome. It opens up into eight pieces and a being made of the same light comes out of it and grabs my arm, pulling me into the dome. The next bit was like a water slide or a tube network that I was racing through and at some point I ended up on a railway cart like Indian Jones in the Temple of Dome.

I arrived at a station which looked like the Station from one of the Matrix sequels and was told to go through a door. The large room inside was totally black apart from white windows all around at the top. It reminded me of an observation room. A voice from something behind one of the windows said – “Why are you here?”

I replied with, “I feel like there may be some sort of block of energy going on and I can’t locate it myself. I am here looking for help.”

I was then on a cold steel examination table. It was the same room though. Two large Mantis type creatures began to examine me and after a few moments the voice said “There is a block”. Two white light guys with large Cardinal’s hats replaced the Mantis creatures and began to “work” on me.

I was then in a room with my family. There appeared to be younger versions, the age they would have been when I was a boy. There was lots of anger coming from me and I was shouting at them. In the end I discovered that I feel some sort of financial obligation to my family, that I feel owe them a living. Or more correctly, I feel that THEY feel that I owe them and that I am not doing my part to contribute to the family. I got the feeling that the family sitting before me believed that my sole duty on this life was to work to make money to give to them. They were angry because I followed my own path rather than what they wanted.

I guess there is a lot of truth in all that in many ways. I’m don’t think that my real family actually think like that, certainly not now anyway, but it does seem like some part of me thinks they do. Or maybe, at some point it was like that and I never got passed that in my head. I got stuck in that feeling. Either way, it is an issue I have to deal with now, regardless of it being true or not. Some part of me believes it to be true and I must work on that.

At this point in my Journey I was standing in front of a HUGE tree that seemed to go the whole way out into space. It was very straight and had that blue white light around it. I knew it was my Ancestor tree. In my hand I had a metal tea bag container box that I recognised as one we had when we were children. I hadn’t thought about it in years, it was weird seeing it again. I filled it with some soil, coins, spit and my own blood and buried it at the bottom of the tree. I told my Ancestors that now my debt to them was paid.

At that point, in real life, I felt like something like a plastic tube was physically placed into my side and I had a really eerie sense of actual beings being beside me in the room.

After a few minutes, The journey was over and I removed the blindfold and return to the room. I lit some candles for my family and grandparents and told them that all debts and obligations are now forgiven – I owe them nothing and they owe me nothing – we are equals and friends. I wished them all well and sent blessings. 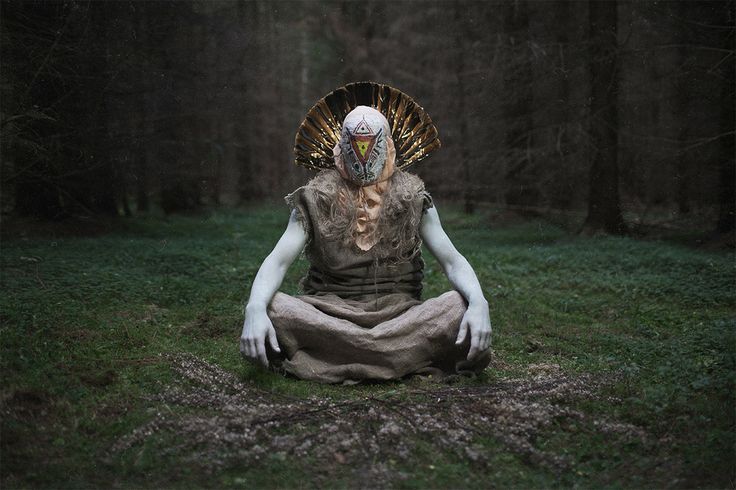 SO, that was all very interesting. Lots of new areas for me to work with.

The next few Journeys have been similar to the first ones – nothing really happened, but they all feel very relaxing and healing. I like Journeying and I definitely feel I get more out of it than my Mindfulness Meditation practice, which just seems to do nothing whatsoever for me. Maybe you feel that they shouldn’t be compared as they are two very different things but it all comes down to getting a return on your effort.  I have a much better return on investment for my two weeks of Shamanic Journeying than I have in my last year of daily Mindfulness Meditation, but I won’t be too hasty. New things always look shiny at the beginning.

4 thoughts on “Stay On These Roads”