I am sure if you have been hanging out with the Occult community for any length of time you would have come across the phrase: “Knowledge and Conversation of the Holy Guardian Angel”* and possibly the Abramelin** operation that is purported to enable this.

In my workings, I call it: THE MASTER.

And it is my belief that The Master is what we are all ultimately aiming to become and some day, all going to plan, we will become this being.

Many other people have very different ideas about the HGA, so I don’t -in any way- present this as anything other than my own personal viewpoint. 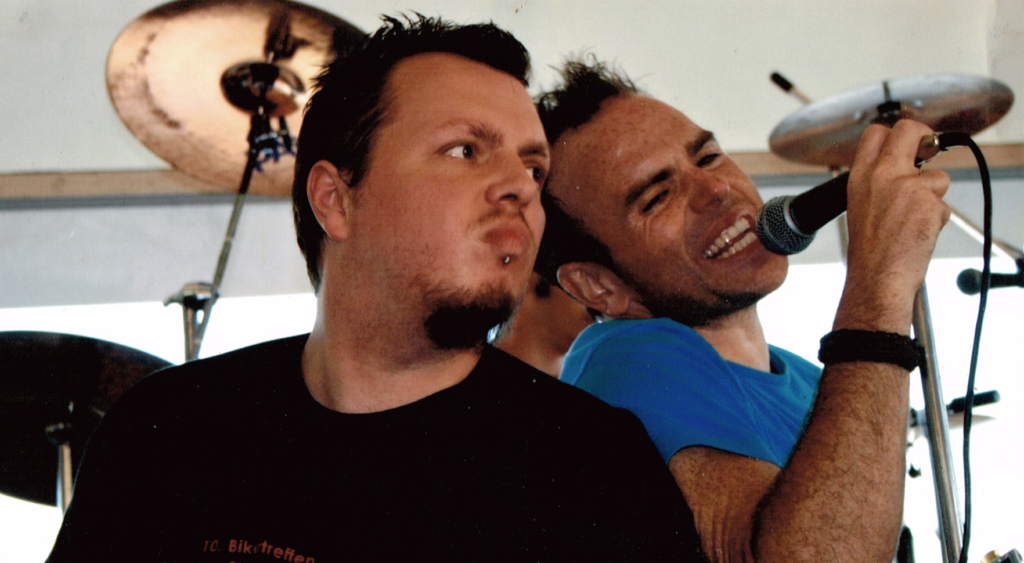 That’s me on the left, gigging In Germany sometime during the naughties.

THE PROBLEM
When I was nineteen or so I was living in a flat with five or so other people. I was on the dole, taking drugs and drinking all the time. My whole world was music and I felt I was destined to become a hugely successful guitar player in the band I was in at the time. I was to be famous. There was nothing else that I could see for my future – it was either I achieve this or I would be a total failure.

The problem was that I wasn’t really looking after myself, and I wasn’t really putting in the effort that it would take to become the success I wanted, particularly in the music industry. I was just expecting it to happen – demanding it really. I felt that it was my birthright and that the universe better just pay up as soon as it could. I felt like this was owed to me somehow and all I had to do was show up.

I felt I knew best, that I had all the answers and my way was the only way.

I spent more than ten years following many variations of this path. I was in a number of bands, recorded solo albums and did loads of gigs, but the vast majority of it I was a Live sound engineer – and I absolutely fucking hated it. For me, being a sound engineer meant that I got paid to look at people every night doing the job I felt was mine. It was just horrible, I hated my world, my life, I really disliked the person I had become, I hated everyone around me, I was jealous, angry, disappointed and deeply playing the victim.

In the end I did quit and started doing art, which lead to my current wonderful life, but after leaving behind my music ambitions, it took me a good year to a year and a half before I could listen to music in any form. 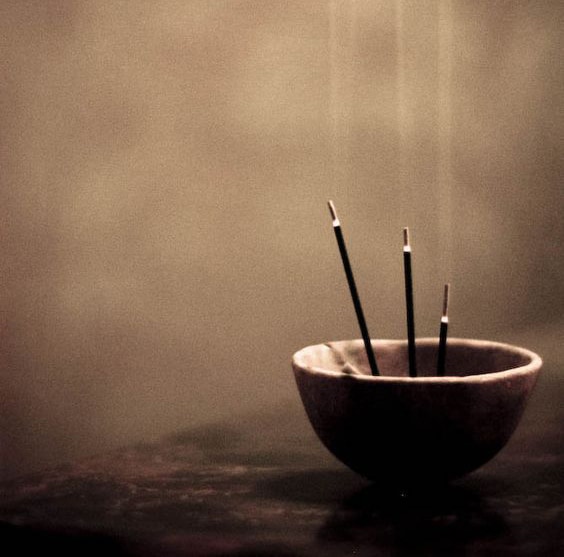 THE SAME PROBLEM
Now, why am I telling you this? What has this got to do with THE MASTER? Well, here’s the thing: If I could somehow go back in time and talk to the nineteen year old me who lived in that shitty house who wanted to be a famous rock star, there is just no way he would listen to me. In fact, he would be absolutely devastated. Even though I am genuinely happy and in a unbelievably great place in life, he would see me as a total and absolute failure.

Any life advice, insight or guidance I could give my nineteen year old self would be totally rejected and ignored. I know I could tell myself things that would make my life much, much easier and save me from needless pain and suffering but it would fall on deaf ears, all because it totally goes against the hopes and dreams and demands of my then self.

And it came to me that this must be exactly what your Master, your HGA, your completed Future self, or whatever we want to call it, must also experience when it tries to talk to you, or give you advice, or guide you in any way.

As open as I am to Spiritual Guidance, I know I have beliefs and ideas that are probably holding me or limiting me due to my focus being too narrow. I also know that there must be ideas and beliefs that I don’t even know I have that are even more embedded in my outlook than the limiting beliefs that I can more or less identify.

I know that my insistence that life must be a certain way is probably keeping me from experiences that would be genuinely amazing and rewarding for me. I am pretty certain that my beliefs, and my beliefs alone, have been the cause of nearly all my stress, anxiety, bad judgements, lack of vision, and anger and frustrations.

The Master knows this too, but he can’t do anything because like my nineteen year old self, on some level I just don’t want to hear it. I still deep down feel I know best, or worse, I feel that letting go might result in more pain and anguish rather than happiness and joy. And the thing is, that actually might be the case in the short term – change is always difficult, particularly big worldview changes. But The Master can see the bigger picture, in much the same way I can now see the bigger picture of what the choices and beliefs I held so closely at nineteen eventually led to. The Master has a much better understanding and vision of where I should be going or doing than I can possibly have.

If only I could listen to him. 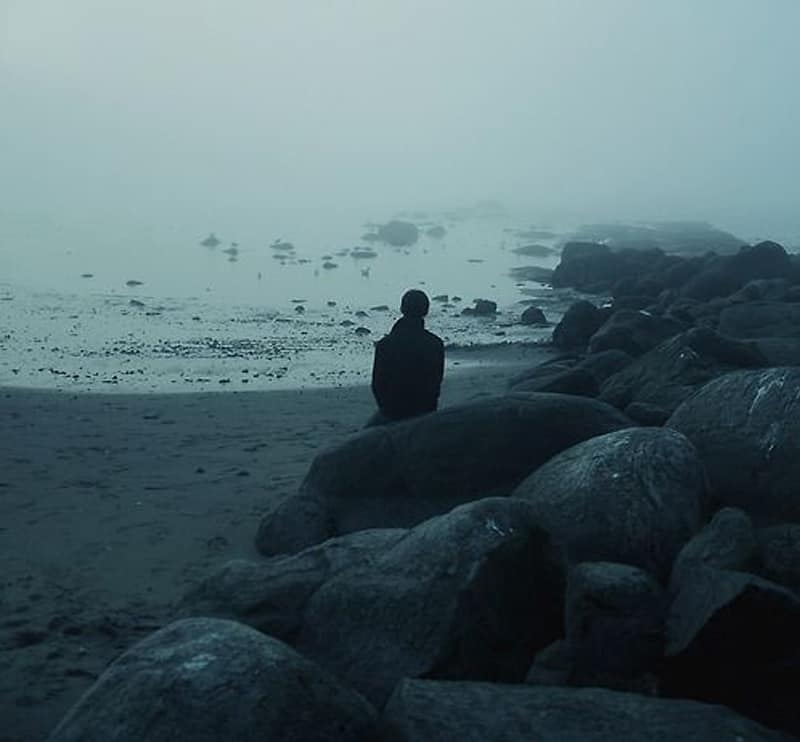 IS THERE A SOLUTION TO THIS?
I think there is, but it appears a lot of us don’t really like the answer. I think it stems from past religious hurts and not wanting to get fooled again, or give away our power. I know I really resisted the idea at first.

The solution is to surrender.

If reincarnation is your thing (the jury is still out for me on this) then THE MASTER you are surrendering to is the Buddha or Bodhisattva you will become when you have reached ultimate enlightenment.

If reincarnation isn’t you thing, think about how much you will learn between now and the day you die. Think how much more insight and wisdom you will have gained. Think about how much advice your death bed self could impart to you now if you could only hear it. You are surrendering to that.

And what do I mean by surrendering? Firstly, I mean stop resisting it. I have spoken a lot about not resisting (as opposed to letting go or accepting) and frequent readers of the blog and Facebook buddies may be be sick of hearing me go on about it – but it really was the biggest Satori-esque moment I have had to date; it really did change the game. Stopping resisting is not letting go or accepting, it’s just allowing what is to be what is.

Then you just sit in whatever experience or sensation arises. If you mind wanderings onto other stuff just bring your mind by by repeating your question, mantra, or focus. 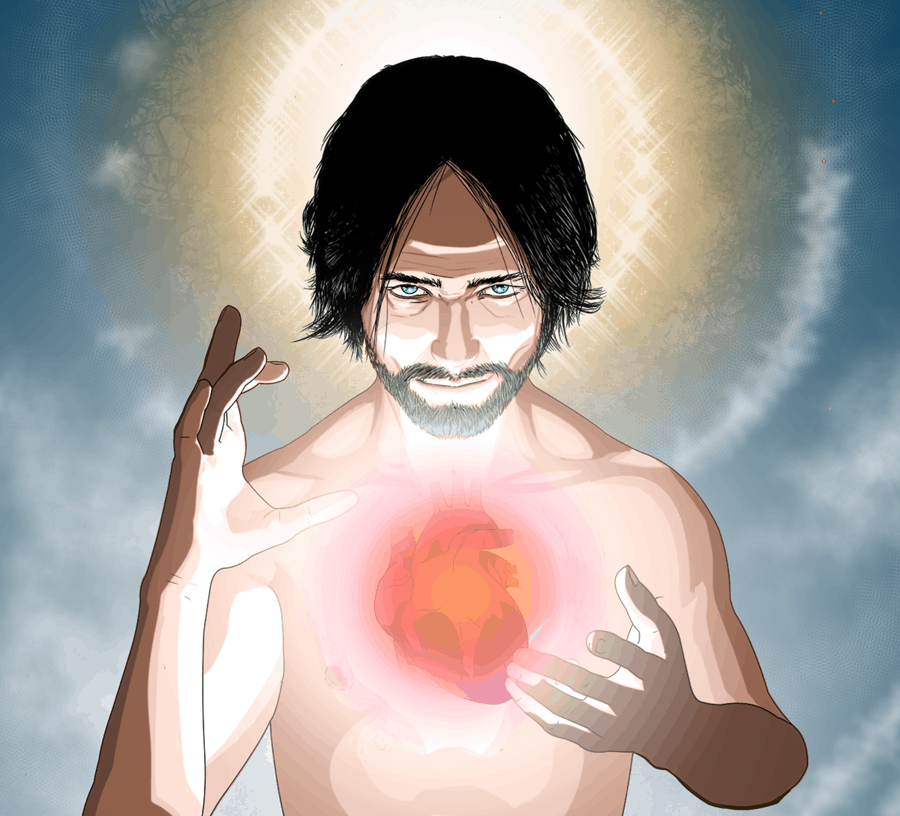 THE MASTER SERVANT
In my Magick deck THE FORTY SERVANTS there is a servant included for this very task, and strangely enough he is called The Master. You can use The Master in your meditative work if you desire. I do, but then again I would. I created the system just for these very sort of things after all.

I have his Altar Card on my Altar and I offer candles to him and ask for guidance and advice. When I do this I try to be as open as possible and to stop  resisting if I feel I’m holding back a bit. His Sigil is also very useful in meditation, as is his image. I sometimes echo his pose. I invoke him, sometimes during meditation, but at regular intervals during the week too, particularly if I have a decision to make that I don’t know which was is the best way for me to go. This work is an on-going deal, but I definitely have felt a better connection since I started doing it. Try it for yourself and see how it goes.

If you want to use The Master from The Forty Servants in your work or meditations, know that you don’t need to own the physical deck to use him.

Let me know your thoughts and any experiences,
Until next time…

**Ramsey Dukes has a great talk about his experiences with doing Abramelin in the video here, which you should give a watch if you haven’t seen it before.

And Alan Chapman talks about his then HGA practice: