So hello good people of the internet, welcome to another OTHER VOICES, the series in which I shut up for a while and let my favourite people talk for a while. This piece is a return of  Corvid Longcoat…

In which our intrepid sorcerer combines altars.

As noted in a previous post here, my magical practice has a lot of connections with my martial arts practice, and is hopelessly syncretic. Bits and pieces of numerous traditions and sets of practices which have yet to establish themselves as traditions get thrown together and for the most part, play very nicely. Of course, this is quite common and has no less a pedigree than the Greek Magical Papyri, which combine magical and thaumaturgical practices from a number of traditions.

But back to martial arts. When I was training to teach Taiji, one of the interesting things that popped up when having disembodied talks with the lineage masters was that when we first learn the movements, they are big, wide and expansive. As our technique and sophistication grow and mature, our movements become smaller, more compact. Oddly, they can still *look* big, but my students were often surprised at how actually small my movements became when showing them in detail. At a certain point—I am assured—one’s movements become extremely hard to identify as martial movements, or indeed to identify at all.

Taking this progression as a template or guide for progress in my magical practice, it’s clear that at the moment there’s a big range of stuff thrown in: the Forty Servants, some Jewish magic, Taoist flourishes, some goetic work, ancestors for sure, work with deities from African Traditional Religions [which may be less strictly “African” and “Traditional” or “Religions”, but let’s leave that aside], the Greek pantheon, some Mexican/Aztec folk magic and even a Celtic goddess or two. “It’s complicated”, as they say.

Further, the ritual practices I use to work with this bricolage are what might correspond to “big” movements in Taiji: three altars, some with four distinct areas, and a variety of offerings and incantations. At one point, looking over the room dedicated to my work, I thought, “soon all this is probably going to compact down to one or two reference points.”

It was then that the notion of reducing things to two altars occurred to me. And the idea wouldn’t let go. 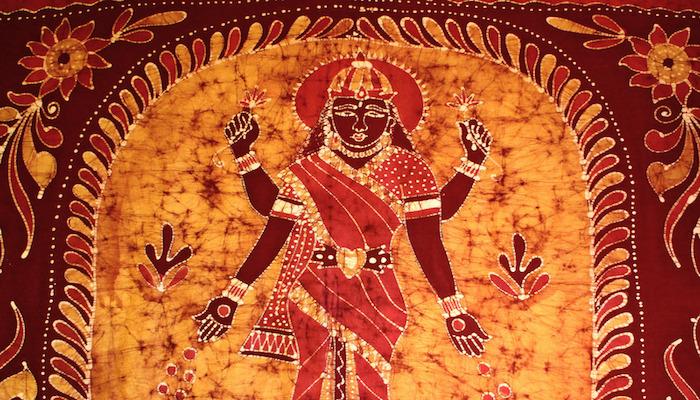 My principal working altar has a station devoted to the Great Mother. This rather busy corner was already a syncretic exemplar, comprising the Mother card from the Forty Servants, a prayer card from the Shrine to Our Lady of Częstochowa [often seen as an Erzulie Dantor avatar], and a representation of the Goddess Nyx, sister of Erebus, Mother of Night and an incredibly powerful underworld queen. Lots going on, and when focusing on this corner when opening the space for ritual, it felt rich, deep and beautiful.

For a few years now I’ve also been working with Santa Muerte, the Mexican folk saint likely syncretized with the Aztec death goddess Mictecacihuatl [please don’t ask me for the diacritical marks]. Noting the popularization of works about her, some synthesized from Spanish work I can’t read and the result of what seems like solid fieldwork on the part of the authors, something in her Presence spoke to me, so I started working with her.

One of the first things books on Santa Muerte tell you is that it’s imperative to have a separate altar to work with her. Many books say not even a defined space on a general altar will do. She must be separate and higher than other altars, if you work with other gods/spirits at all. And there is a strong suggestion that you *of course* won’t need to work with any other spirits/deities, since she can do anything. That may be true, but magic has been a consistently innovative and syncretic practice as long as it’s been documented. Something was going to give.

Since there was already a clear underworld theme in my main altar with Nyx, and my experience with Santa Muerte had very deep maternal impulses, I thought about coalescing the Santa Muerte altar with the Great Mother aspect of my main working altar.

I know. Sacrilege, right? Really, I can already hear people talking about how bad an idea this is. The thing is, the persistence of the idea led me to believe it was coming from the deities/altars themselves. That somehow my own practice would be enhanced, even if this alignment wasn’t to everyone’s taste. Checking in with a couple of practitioners with more experience, the suggestion was to experiment. Cautiously. This from a practitioner working specifically in an interfaith framework. 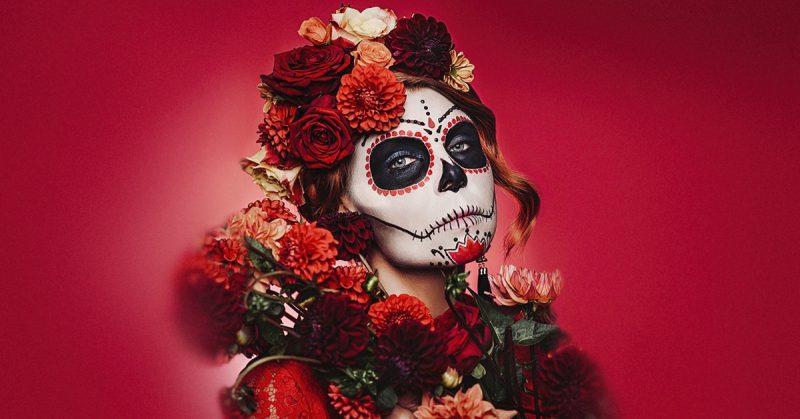 One interesting perspective came from a magical Instagram colleague, @bonepriestess, who knows a hell of a lot more about African Traditional Religions than I ever will. Her take was that a number of figures from traditional pantheons are expanding their influence and “calling” and working through people “outside” their initiated traditions. My sense of my connection with Santa Muerte fits this pattern. While the traditions that have grown up around specific deities in cultural pantheons are beautiful, necessary, and powerful, this reaching out may have a different purpose. It’s about integrating the perspectives of outsiders, who bring new tools, techniques, and vantage points. Entities may want more than the standard service and the way they can get that usually is through magic users who themselves exist outside the traditional structures, as @bonepriestess helpfully says. Ultimately, this can—if handled sensitively—facilitate cultural sharing and mutual understanding.

So I did some divination using the Forty Servants, and found that the Moon, Mother, Sun and Dead cards came up in the spread. So hidden [Moon] feminine/motherly [Mother] power [Sun] was connected to this ritual with a death goddess. The UPG* here was that it felt right, and the divination didn’t throw up any red flags.

Around the same time, I was reading Theion Publishing’s excellent volume Underworld, where death and afterlife deities across a range of cultures are explored and a generalizable model for the practicing necromancer is set out. Get the book—it’s excellent—but one key feature is the relation between an Infernal Queen who rules the underworld and a Black King who trafficks more with humans, often in a trickster mode. Needless to say, a coalesced and empowered Santa Muerte would serve splendidly as my Infernal Queen.

So on a New Moon, I laid out special offerings, activated the altars, asked for guidance and protection, declared the intention and moved the Santa Muerte altar across to mingle with the Great Mother altar. Without going into boring detail, each element of the Santa Muerte altar let me know as I handled it whether it was to be integrated, or whether it was to be left at a crossroads with the remnants of the offerings.

A longer, deeper meditation than usual, and the ritual was complete.

There’s a strong somatic component to my practice as a result of the martial arts and qigong training. The result of uniting the Creative and Destructive aspects of the Mother really coursed through my body. It felt right, it felt powerful, and it felt like a newly unified approach to the feminine. I work in the room almost every day, and periodically check in with that corner of the altar. All the feedback I’ve got has been positive—as if the avatars and representations feel a new unity, integrity and power. Or maybe that’s me that feels that. But overall the response has been very good.

Working simultaneously with the creative and destructive aspects of the Mother was powerful and helpful. Additionally, as with almost every other aspect of magic, it’s vital to make oneself receptive and take guidance from the deities/spirits/entities themselves, rather than dogmatically hold to a framework that works for someone else. Once that authentic, clear communication is established [and it’s hard to miss] magical practice can be relentlessly innovative, syncretic and cross-cultural. And that may be part of what these entities are currently asking us for.

*Unverified Personal Gnosis, the magical equivalent of footnotes that say: “personal communication from the author.”

Corvid Longcoat is a Black Jewish Taoist part-Scottish martial artist practising in a number of occult and magical streams, including of course The Forty Servants. He lives in the US, and also studies the history and anthropology of the occult. He is not a witch.