Yesterday, I finished my first VOW with Wiser By Design. I am so glad I decided to do it as it really gave me the incentive to keep consistently meditating even though I had every excuse to pause my practice – the baby being born, crazy lack of routine, behind at work etc. A vow in the Wiser sense is committing to a daily practice for a number of weeks, in this case, it was 4 weeks with 1 sit per a day, and 1 dialectic per week.

To be able to commit to the vow you first have to have a number of “badges” – basically you have to have earned the right to do the vow by completing a number of goals. If you fail to complete the vow then you lose all the badges and have to start over and build up to it again. This is a great idea, as it really gives you the incentive to stick with it. I know it may sound silly, but being awarded badges really does help. There is nothing worse than losing a consistent meditation streak and having to start at day one again – trust me, I have done it often enough over the last few years. So, anything that keeps you motivated to keep going, or more correctly stops you from giving up, is fantastically welcome in my book.

I think the idea of taking a period of time for a committed Meditation is a great idea, and one I will certainly be doing again in the future. 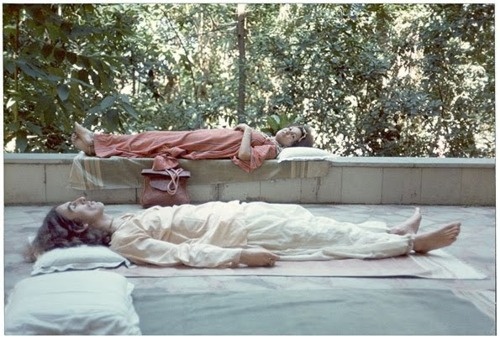 I used to always say that the only thing I got from meditation was a sore back, and frankly, I just didn’t believe people when they talked about all the mystical or amazing meditation experiences they regular had. While I am still extremely cynical about most of these stories (particularly from the self-proclaimed meditation “gods” on Facebook groups), these days I really am getting results. It feels like I have finally reached some sort of fruition. It’s very hard to explain the shift exactly, but for starters, I am much more able to stay in the “now” and not mentally spiral all over the place. This may sound quite small and insignificant, but I assure you it is no small thing.

For me it’s HUGE!

It really became very clear during my recent hospital/baby being born experience. I was able to experience it all in a serene way and was able to stay very present – even during the long, long hours of sitting around doing nothing. I was able to stay (mostly) emotionally level during the intense moments of extreme emotion or stress. Had I not being a regular meditator I reckon the whole experience would have been a very different animal for me. I don’t think I would have enjoyed the experience as much, and I don’t think I would have been of as much use to my wife.

Now, I will say that I’m still not getting the intense ecstatic states or deep spiritual insights that are often bosted about, but I’m also not looking for them these days. I think, as bloody usual, I was making a huge error in my approach. I did the same with my ancestor work a few years ago, where I was doing it, and judging its worth, on how much of a return on investment I was getting, rather than just doing it for its own sake. Going into meditation with the goal of attaining something is completely missing the point. Or at least that’s how it appears to me.

I have used a number of Meditation systems over the years. First, I messed around, on and off for years, trying to get down Near Death Tubes having read Stuart Wilde. More recently, I tried Zazen, based on Brad Warner’s work, and though I really like Warner, I just hated Zazen.  Headspace I used for the longest time, and it really is great for starting out in meditation but once you get to grips with the basic ideas there isn’t really anywhere to go with Headspace. I also tried the CUTTING MACHINERY, which was designed by Vinay Gupta, and was geared towards gaining Enlightenment by meditating two hours or so a day as if you were doing a Master Degree or something similar. It’s was cool, but ultimately not what I was after. I think it’s defunct now as the website is offline – or at least is offline as I write this. It’s also not on the Google Play store any more.

The most excited I have gotten my meditation was when I first read the Baptist Head Trilogy of books by Alan Chapman and Duncan Barford, which lead me to Daniel Ingram’s Mastering the Core Teachings of the Buddha, An Unusually Hardcore Dharma Book. What I loved was that Chapman and Barford were coming at meditation from a mostly Chaos Magick perspective, which was exactly what I was after. While The Baptist Head website was wiped from existence a few years back, Chapman kept going on his journey with the WiserByDesign website.

I have spoken a lot about Alan Chapman on the social medias, and have mentioned him a number of times here on the blog. I also talked to him at length on the podcast, and we explored his book Advanced Magick for Beginners in the book club. He’s mentioned in the Magick Primer. I’m a fan obviously, so I will encourage you to read his books and watch his videos. I also, incidentally, did all the artwork for his WiserBydesign website, and his youtube channel, which is super cool.

But let’s have Alan speak for himself:

WiserByDesign is not just a meditation app though. It aims to teach people to become wiser, in the sense of gaining Wisdom in the truth of reality – aiming, I guess, towards awakening or enlightenment. I’ll not try to explain it all here, as 1, it is explained it much better than I ever could over on the site, and 2, I honestly don’t fully understand it myself.

The same goes for the whole DIALECTIC sections of the Wiser system. The idea is that we can look at problems in our lives and resolve them using specific framing and questioning technique called The Dialectic.

I have to be completely honest here and tell you that I don’t get it at all – as yet.

It just can’t make sense of it and I haven’t, again as yet, found any benefit from it. In fact I find the process quite frustrating – I hate not being good at things! That said, every time I do one I get further along before I get lost in confusion. So, I am hoping that I will eventually get to grips with it. Pierre Grimes and Peter Kingsley are name-checked and recommended in the accompanying videos, so I am reading their books, and watching the lectures with the aim of getting a clearer understanding of the whole thing.

Right now, with regard to the Dialectic sections, I feel like I have entered the room and tried to join a conversation that has been going for hours and I have no idea how to catch up. There feels like there is some preliminary idea or presupposition that I am currently unaware of. But pretty sure, the fault lies with my lack of understanding rather than the system or idea itself. 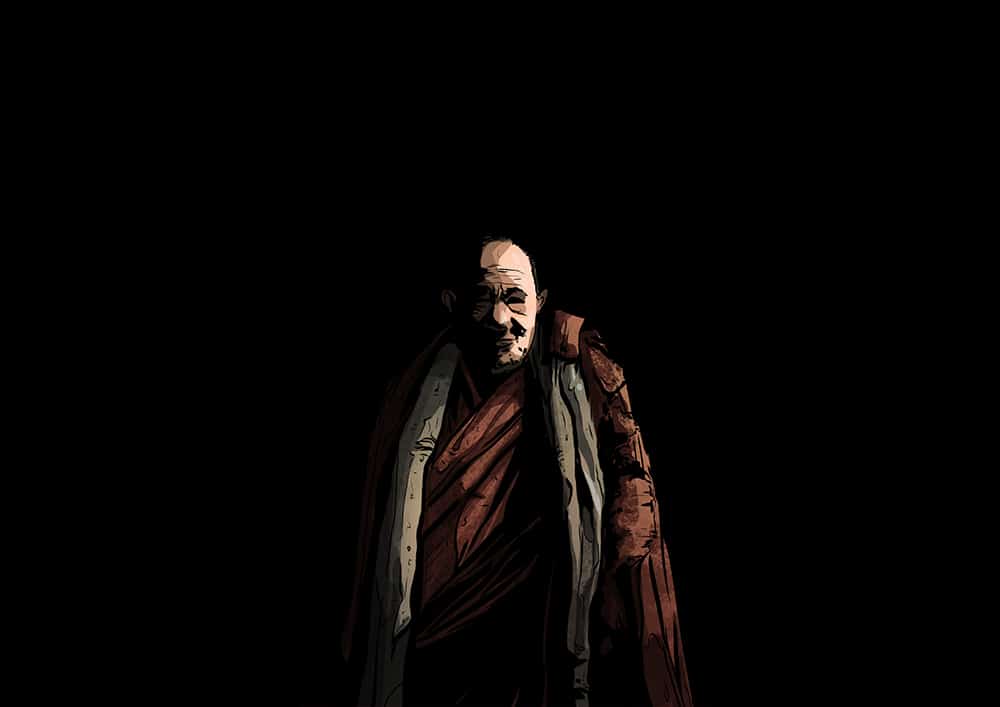 So, I heartily recommend meditation to you all. We really should all be doing it, and there are a number of different techniques to try out – one of them is bound to suit you. If you are like me, It may take a while to see any benefit from it, but you may see some immediately – some people do. But the slog is worth it. It really is life changing.

WiserByDesign is really great too, and as I said above it’s pretty much built for me, and people like me – which is most likely people like you too, if you are reading this. I genuinely feel it has leveled me up as a meditator, but it may, for whatever reason, not grab you. Thankfully there are a million places to learn meditation these days. But do check it out, it’s starts super basic and quickly gets you up to speed. The first section is totally free too, so you have nothing to lose.

Until next time, Be well!

POST SCRIPT: I just want to mention that this isn’t a paid sponsored post or anything like that. Last time I mentioned Wiser on the Social Medias I had a few people commenting that I must have been paid to talk about it, or things similar. I have not. I’m talking about it because I am doing it and enjoying it, and I like Alan and want to see him succeed.  I did get paid for doing the artwork for the website and youtube videos though, but like… that’s my actual job and all that.  Anyway, just to be clear.