Let’s continue with the description of my Hypersigil with the next section, which was originally Issue Three. This will be a shorter post as this section has less going on Magicaly than the others.

Panicked and upset by the appearance of THEM, Roman reacts by running away. I wanted THEM to become a bit Zombie like at this point, less human and almost like a loop recording but still quite imposing, bigger than life and unshakable. I wanted THEM to start to feel sticky and slimey as the story goes on, to represent how hard it is to let go of ideas and beliefs once they have attached themselves to you.

His mind then stutters and he starts recalling a past love affair that ended badly. He associates “Fresh Starts” with pain and being unloved rather than an opportunity to rebuild his life.  But while all his psyical past is being removed, he is given a new place to stay and the empty Magickal Diary is returned, yet again, to his possession. This is setting up for Roman’s later Magickal retirement. 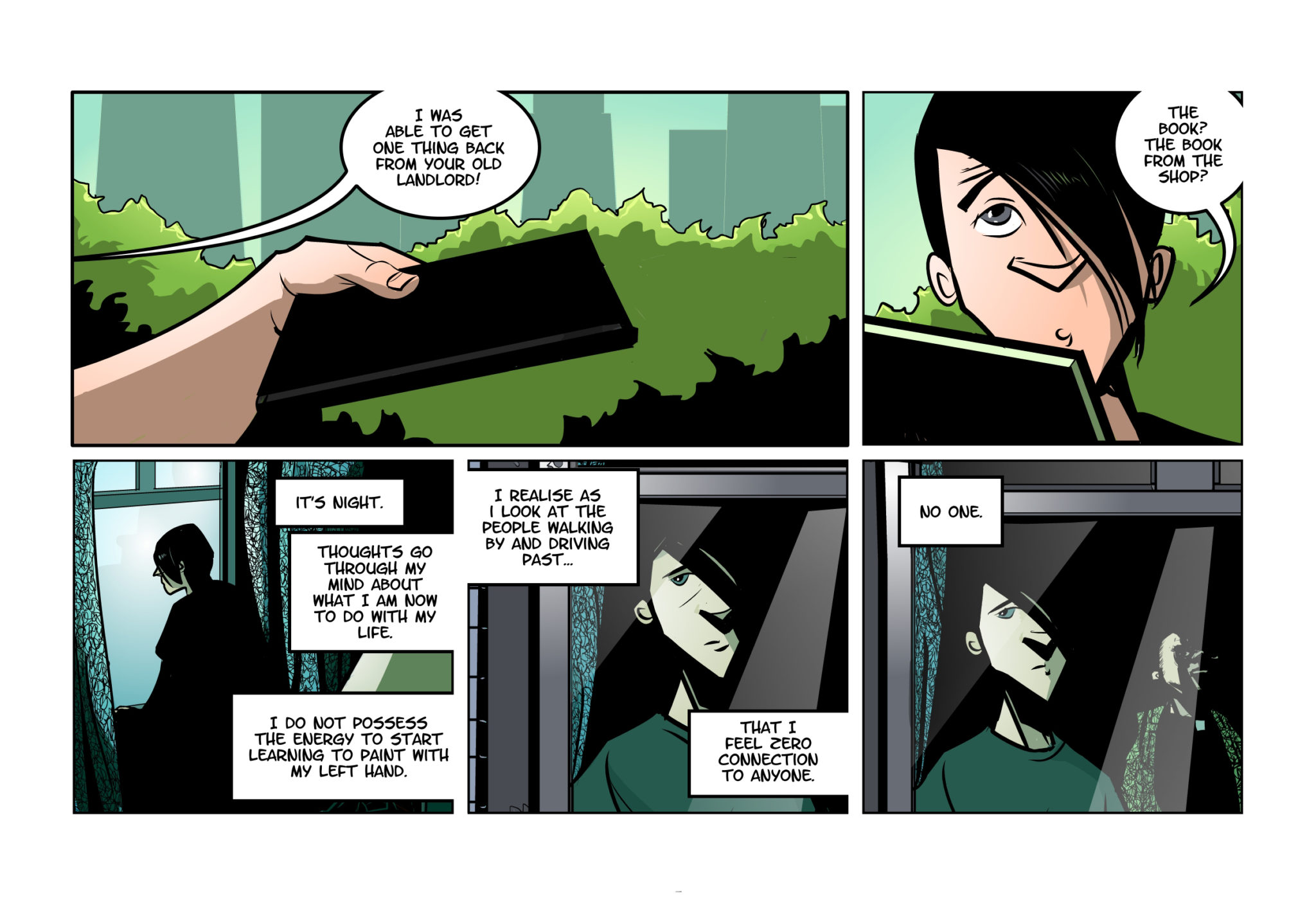 Over the next pages we have Roman’s descent into introspection and self- pity. Religious authority voices are added to the THEM drones, as are a number of other voices, such as ex-girlfriends, friends and family members. THEM themselves are becoming more and more corrupt as they play their recordings over and over and become physically uglier and dirtier frame by frame. The clean style of the art becomes messier and looser.

Roman says that the only way that he can shut off the voices is to get drunk, and this was also the case for me at one point. I spent a lot of my darker moments in my twenties alone and drunk. The early stages of drinking was the only time I could feel any release – the problem, of courses is that drinking makes the whole thing way worse, and Roman finds this out to his cost.

The THEM voices get very dark and start to chant a mantra of “KIll yourself” over and over in his head. The voices have become Roman’s only sensation and reality. 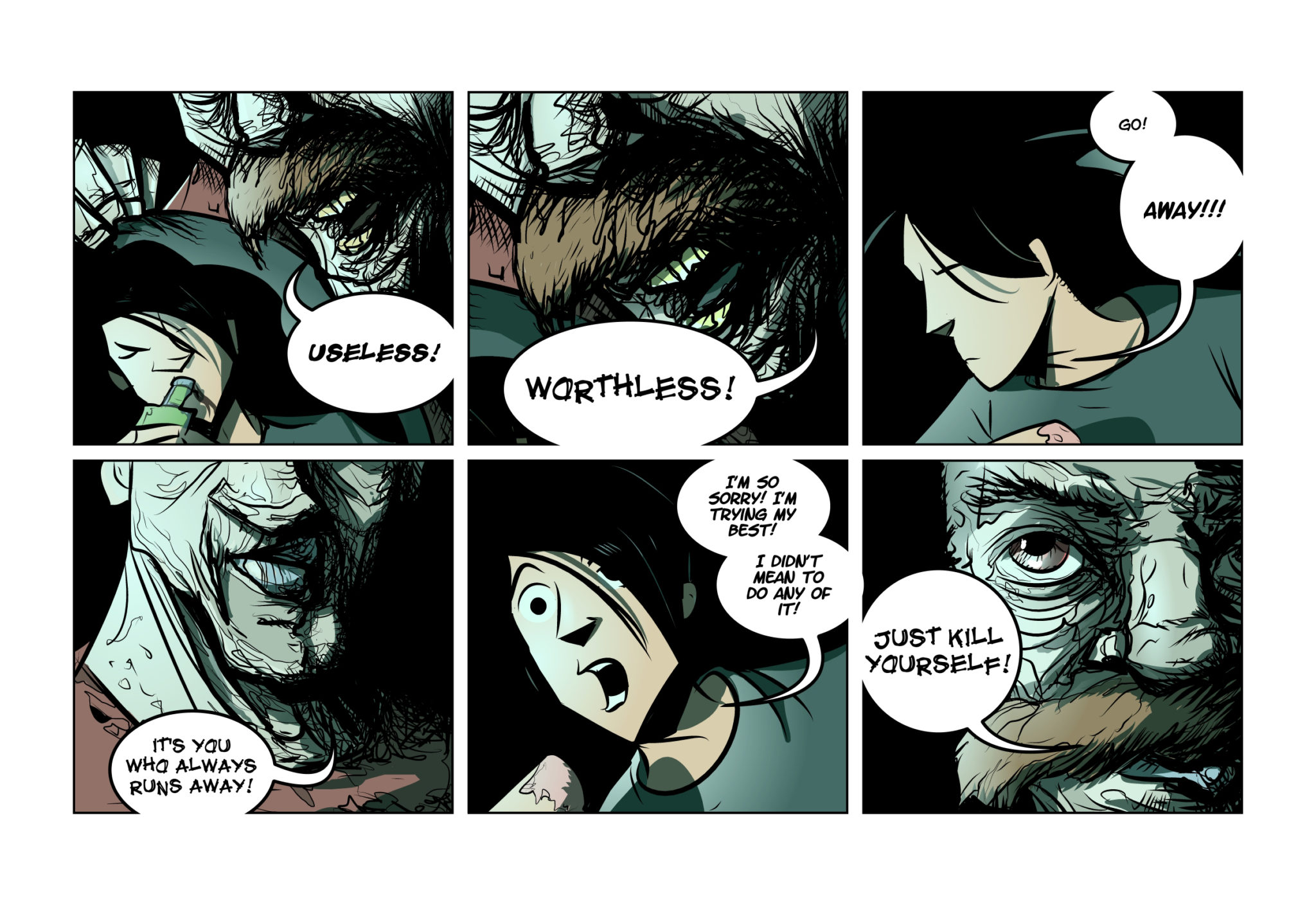 As mentioned at the beginning, less happens storywise in this section than the other sections. The main thrust is that Roman is being heavily perused by THEM and they are getting worse and worse, louder and louder and more oppressive until in the end, they become the entirety of his experience. When the outside voices get too loud the world does feel extremely small and claustrophobic.

Without trying to sound too EMO, this is a very good reflection of how I have felt at many times in my life – overwhelmed by people’s voices, opinions and ideas to the point that I concluded that I was nothing more than a collection of other people’s thoughts and ideas. I was unsure that I had any original thought of my own that originated solely within my own mind. I’m still not sure that this isn’t the case. 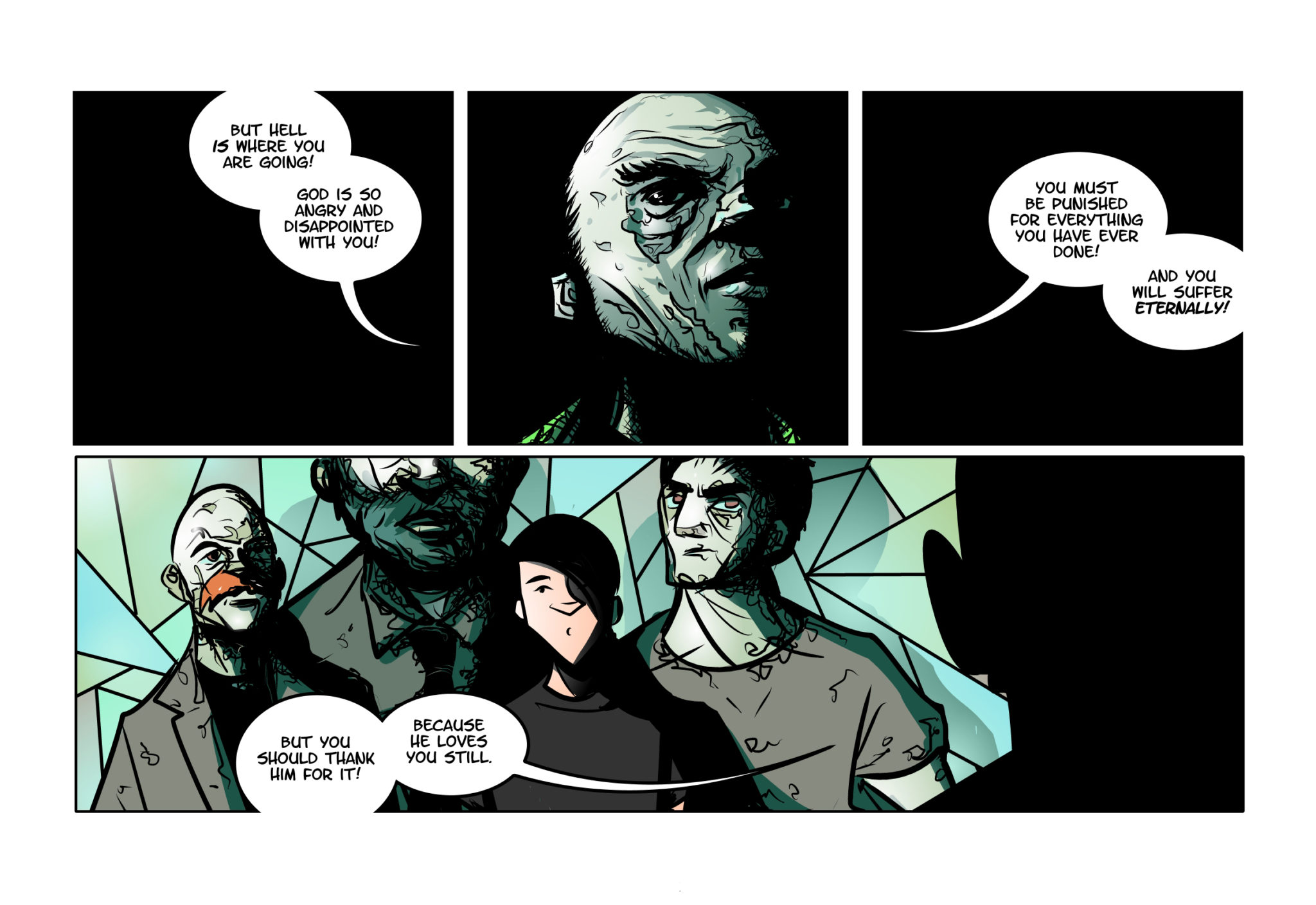 The main Magick in this section is about trying to bring everything to a head, to make the noise so loud that it was all consuming and just could no longer be ignored. Of course, there was a very real danger of becoming overwhelmed and drowning in the process which is why it was very important that I made it clear at the start that this Magick Ritual was successful in the end. This allowed me the space to really let things happen while retaining the knowledge that everything would work out good in the end.

Still a bit of a risk, I guess.