If you have been following the blog over the past few weeks you will know that I have been on a bit of a quest recently. It all started when I wondered why some of my Magick ended up getting me the exact opposite of what I wanted or often made the situation worse. After that  lots of you suggested that I look into the idea of maybe being cursed, hexed or otherwise negatively contaminated. So, I did some banishing rituals and finally wound up doing an Uncrossing ritual. In the end though, it became clear to me, that my problem was me, and not some malignant outside force or demonic oppression. If I was going to find resolution to all this, I would have to look within rather than without.

And so that’s what I have been doing since we last had our chat, dear readers. And man, what I found was hugely revelatory, interesting and frankly, quite embarrassing.

From the beginning I wanted this blog to be as honest as possible; I feel there are already enough blogs and Magicians out there who proclaim the good news of Magick, and while that is helpful and important, it can make some people feel wrong, useless or left out because their Magick doesn’t work as easily or as effectively as it is commonly told it should. A lot of the time my Magick doesn’t really work, and the usually answer I got to this was that I should just do more – that volume would make up for my seeming lack of skill.

For instance, If the Ancestors  didn’t answer the first, second, third or fourth time, then call on them every day (religiously) until they do. Which I did, and which also didn’t work for me. There is a Protestant Work Ethic Vibe going on in some circles of Magick that I honestly don’t think is too helpful, at least not to me.

It seems to me that if your magick isn’t working then doing more of it isn’t going to change that. One of Gordon White’s best (and most important) posts is Teaching Birds to Fly, and if you haven’t already, I’d suggest you give it a read. But if you’re too lazy to, then the jist of it is that if Demon A, B, C or D didn’t do as you asked, then going to Demon E isn’t really that useful – the problem in the equation is probably you.

And in my Magick and life in general, the problem it turns out, is definitely me. * 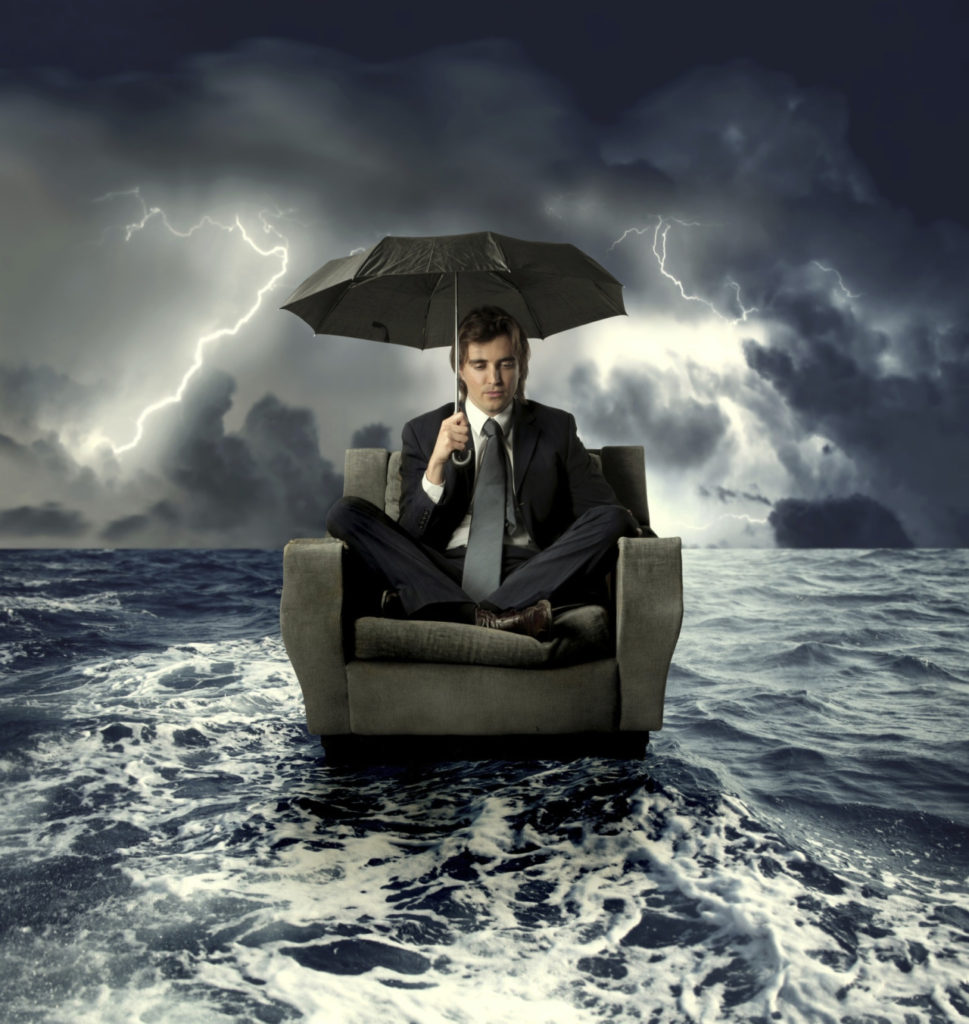 I turned my search inward. If there was no outside force opposing me that meant that I am 100% responsible for my magickal success or lack thereof baring actual real world events outside of my control. I began to incessantly ask myself questions over and over in my mind, probing as many areas of my brain as I could, in order to discover what sort of Limiting Beliefs I had gathered over the years.

If I got an answer to a question I’d ask why to that, and why to the answer of that. I’d ask questions long the lines of: “My magick didn’t work because…” and I’d wait for an answer.  Other questions were similar to: “If I was successful my Father would… My Mother would… My Wife would…” to see if I could find some limiting beliefs lurking in those areas. Eventually a vague blob of realization came to me, I was holding myself back. I was stopping most of my success in life because… because… because what? I just couldn’t get to it. The last puzzle piece was just out of reach.

Finally, last Monday night I went to bed, and as you do I started thinking about life and things, and all that good stuff that stops you from sleeping. But there was something different. There was an energy here – like a siren that was getting louder and louder, or a pulse that was intensifying by the second. It felt like a train of thought was blasting into the station of my mind at a tremendous speed. I knew something was about to reveal itself to me, I just hoped I could grab it in time.

I started thinking about when was it that I started noticing that things would not work out for no apparent reason or sometimes have the opposite effect to what I desired. I ran through different jobs, different relationships, different times of my life – looking for a start point or a reason or anything. This train was coming in fast now; the answer was coming.

And then it did.

The train then smashed into my brain, pushing all thoughts aside and in a deep blast of deep and total realisation came:

You are deliberately playing the victim, in an attempt to passively aggressively punish and make people feel guilty around you because you are too big of a coward to actually confront people. You deliberately fail so that you can show to all those around you who you couldn’t confront: “look what you have done to me!”

I told you it was embarrassing. 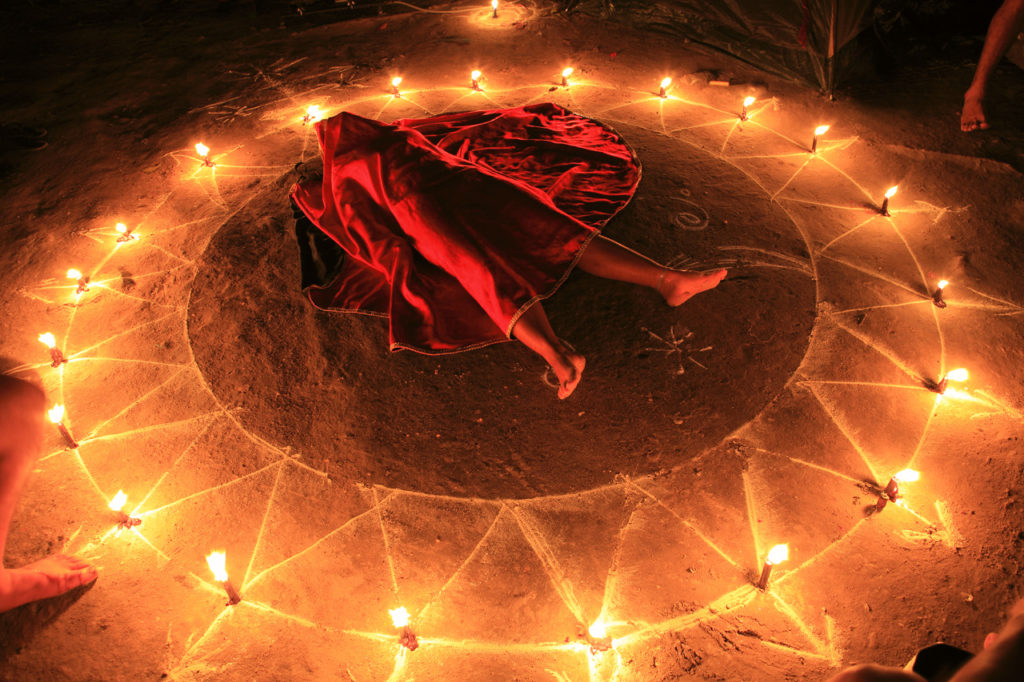 It all came at once in a huge torrent of information, all laid out before me. Instantly lots of events of my life slotted into place and started to make sense. Occurrences that never made any sense to me in a big picture way, now became obvious in how they fitted in. Muscles in my body started to relax from the realisation, my mind was saying “Holy Fuck!” over and over, this felt like one of the greatest release or revelations in my entire life.

But when I tell you that this was one of the greatest reliefs of my life I wouldn’t be exaggerating. As stupid and idiotic as I have been behaving, realising it in it’s TOTALITY was profoundly healing. The exact situation, time and circumstance when this pattern started was also shown to me, but I’m going to leave out the details as it involves another person. As honest and open as I want to be about things I don’t have the right to be that open for others. The event is unneeded information anyway to the bigger point of this.

I was on a high for a good few hours after that. I felt embarrassed but happy, shamed but relieved. There was a huge sense of actual physical weight being dropped from around me, like a huge outbreath coming from my very soul.

Now, in nearly every single “failure” in my life I can see how I have had the biggest hand in it. I wanted to fail on many levels and I was very good at it. I am actually really, really good at Magick, but it was all underhanded “poor me” shit, and thinking about it now makes me feel icky. Those events and ideas feel like a sticky thick black oil that were stuck to me, but now that I can see it, I can clean it.

Funnily enough this massively echos my Hypersigil THEM, which has been on my mind a lot recently. I thought that ritual was over, but it is becoming clear that I am still working through the final chapters of that working. Which is great news, because that ends really well for me.

Obviously I have a ton of new stuff to process and wade through now. Although I can already see some changes from having had this revelation, I know that this isn’t an overnight thing. This will take some work to exorcise all of these particular demons and I am sure I will uncover a good few more as I proceed.

My hope is that in me being as open as I can about all this stuff will encourage you to do the same and have a look at what beliefs you have that are holding you back. Finding this stuff out may be hard, embarrassing or shameful in the short-term but ultimately it will massively improve our lives and that I feel, is worth any short-term uncomfortableness.

* Interestingly, looking at the comments to Gordon’s post I was pretty sure that the problem was me over a year ago but seemed to have forgotten that in the mean time 🙂

9 Replies to “Those Pesky Limiting Beliefs”