WHAT EXACTLY IS A SERVITOR?
A Servitor is essentially a magical servant that you create to do your bidding. Think of a servitor sort of like a familiar,  a computer program or a spirit, but is also a part of you that you have released into the world with its own life and volition. It is an energy or an idea that the Operator has given form to. It is quite similar to a sigil but is usually created for an ongoing goal rather than one specific purpose.

WHAT CAN THEY BE USED FOR?
You can make a servitor for anything you want, but like all Magick, Servitors are most effective when there is a possibility of their goal being achieved – the goal doesn’t have to be likely, just possible.

HOW DO I CREATE ONE?
First, you have to decide what exactly is the nature of the Servitor. By that, I simply mean: what do you want this thing to do for you? What is its purpose? Why role will it play? What job does it have?

Next, describe the role of the Servitor in the same way you would tell a person what their new job is. Think of the Servitor as someone who works for you, and  then detail all the tasks this employee, or Servant, is responsible for. Write this all down on a piece of paper, or in a word processor, as a list or even as a full Job description paragraph.

Next, include what it is not allowed to do – if it is a wealth generating servitor for instance,  you can tell it not to kill people you love just to get their money. This is an extreme example and it is highly unlikely that your servitor will kill anyone but If this sort of Magick backfire or snap-back is something that concerns you, you can always add things like “from a joyous place” or “results that always make me happy” or something similar. I try to keep things as simple as possible with regard to job compeltion restriction, often just leaving the Servitor to find “known and unknown” sources for completion of their task.

The final part of the defining the role of the Servitor is to decided how the Servitor is going to feed it self. What energy will it live on? This can be anything really – and some suggest that this isn’t even a necessary component. Suggested “food” include: candle offerings, incense offerings, water, attention, prayers, emotions… anything really. 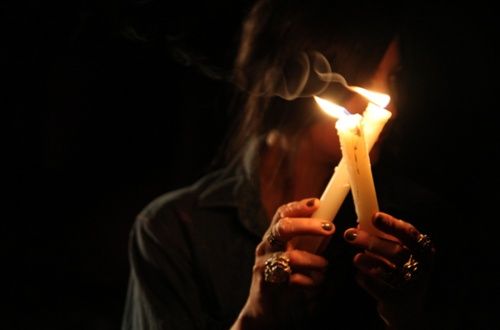 Now that you know what it’s job is and how it is going to feed, you must give it something physical to attach to. This can be a drawing, a statue, a stone, a talisman, crystal, a feather, a photo, or anything at all that seems fitting. This item must however only be used for this purpose.  For instance, The Forty Servants Servitors that I created are bound to unique sigils, Images and cards – the originals of each are in a black box on my altar.

The next part is to put some energy into the Servitor to give it life. The best method for this is to use the same methods that you find works best when charging your Sigils. You can come up with a simple method, such as blowing energy into the vessel with the intention of giving it life, or do something a lot more complicated like a full ritual. But like all of the things in this Primer, do what works best for you. Test different methods and processes, keep records and see which is the most successful for you. What works well for me, might not be what works for you, so you’ll have to find you own best method.

The last piece is to let it loose in the world. All this needs is for you to tell it to go do it’s job. Say this as fancy or as simply as you like. Say it out loud though, that appears to work the best.

IF I DON’T WANT IT ANYMORE, CAN I GET RID OF IT?
Yes, just stop using it or feeding it, or you could destroy the vessel or just tell it to stop and return to you. Damon Brand suggests that you add a code word or ritual to the job description that when spoken or done ends the life of the servitor – the warning being that it shouldn’t be a word or ritual that you could do by accident and destroy your Servitor without that being your intention.

ANYTHING ELSE?
Read some more on the topic – have a look at the links and videos below. In the end you will find your own best way of creating Servitors but it is helpful to know what other people have found successful and unsuccessful before you.

LINKS:
– Damon Brand’s Magickal Servitors book and the FAQ
– Create a Servitor: Harness the Power of Thought Forms
– How to Create a Servitor to Do Your Bidding by John Kreiter
– Caotteppeg’s method for building servitors
– Darkside of Chaos: (A Lot) More about servitors…
– Ramscha’s How to create a servitor –> 2 possible approaches
– Advanced Magick for Beginners