So hello good people of the internet, welcome to another OTHER VOICES, the series in which I shut up for a while and let my favourite people talk for a while. This time we have a great piece from the Homo Satanis himself – Fred Andersson…

In my book Homo Satanis: How I Learned to Love Satan and Other Insights from my Childhood I have a text, The Fragile Ash of the Mathematical Bonfire, which I later realized had a passage almost identical to Moore’s quote above. If it was something I had memorized subconsciously or a deliberate rip-off I don’t know, I leave that up to you. While Moore has a more negative view, I believe, on the subject of conspiracies, I always found strength in diving into the world of assassinations, UFO cover-ups, terrorist attacks and other things that seem to occupy the mind of conspiracy theorists.

Like Moore states above, it’s a form of comfort. We both agree that the world is chaos, nothing is what it seems, no one is in control even if they believe so with their governments, organizations, political parties, agendas, corporations and… well, you can see for yourself: this control people say we have is fractured is so many parts, so many fractals, that the overall view of our world is pure anarchy where groups of people, all separate from one another, are claiming otherwise. No one seems to see the whole picture, the picture which lacks a frame holding it all together.

Believing – or at least be interested in conspiracies – can be a risky thing. It’s an easy trap for paranoia and hate and stupidity, but if one manages to step away from the negative energies surrounding conspiracies, it’s possible to use them as a powerful tool to enhance your magical thinking and expand your mind in ways you never thought was possible. It’s all about how far you’re willing to journey down the rabbit hole. 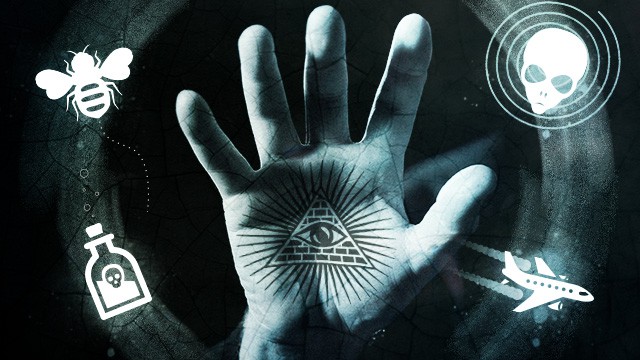 I call it Conspiracy Magic, even if it’s more about magical thinking and not magic rituals and similar things. Like always it’s there to open up your mind without fear mongering or prejudice towards other people. As a kid, I started to read Erich von Däniken – whose literature isn’t conspiratorial, but shamelessly presents more or less substantiated theories about ancient astronauts and lost civilisations. Even at the time, as a young impressionable kid, I understood that this was entertainment – maybe something Von Däniken didn’t even believe in himself at the beginning (he began writing Chariots of the Gods in prison, where he was sentenced for fraud in the sixties), but that is also – in my eyes – not the point of it. This was truth aimed at a selected group of people and the rest von Däniken didn’t care about. For him it was a fun, exotic way to make money and travel the world – and along the way,

I’m sure he decided to fully immerse in the universe he created.

His writing helped me understand that the world around is what we make it to be, no matter what sceptics or other critics might say. It triggered – and still does – my imagination and made me curious about the world and the mysteries around it.

Over the years my interest in ancient astronauts etc have diminished a little bit, but it created an amazing and healthy ground for me to stand on – because I managed to keep a distance to the content of the so-called madness in these writings, but still – not in all cases – keep my respect for the men and women researching fringe theories of all kinds.

Conspiracy Magic is a way for me to keep an open mind and have fun with this out of control world, without digging myself deeper into the rabbit hole of paranoia and hate. If I keep an acceptance in the impossible I can also create the impossible, which comes naturally when you stop judging and see all of this as a mind-expanding way of thinking. Let’s take a closer look at this magical philosophy, in this try to define it:

CM/Conspiracy Magic is a form of magical thinking that’s constructed to let go of preconceived notions, encourage an imaginative view of life, make your own universe stronger by connecting your ideas to the collective consciousness, develop a healthy critical thinking regarding the state, authorities and already accepted belief systems – and still be strong enough to not grow paranoid, hateful and unhappy. A conspiracy magician must always have in mind that the things he/she believes in might be a hoax and constructed by other conspiracy theorists, but that glitch in truth/reality will also make themselves stronger because they can never be sure what’s the truth and therefore keep their minds open in every possible direction. To believe or in any other positive way be fascinated by conspiracies is to accept the impossible – and therefore you can do impossible things. There can never be a definitive answer (or truth) to the conspiracy, and it needs to be seen as fractals, which means it never ends and therefore keeps up an eternal energy.

I’ve put down six statements for Conspiracy Magic which works for me:

There’s is no definitive truth.

Reality is what we make it to be.

Your universe is yours alone.

A destructive agenda is not permitted.

The conspiracy must be fun.

Life is what it is, no matter the truth. 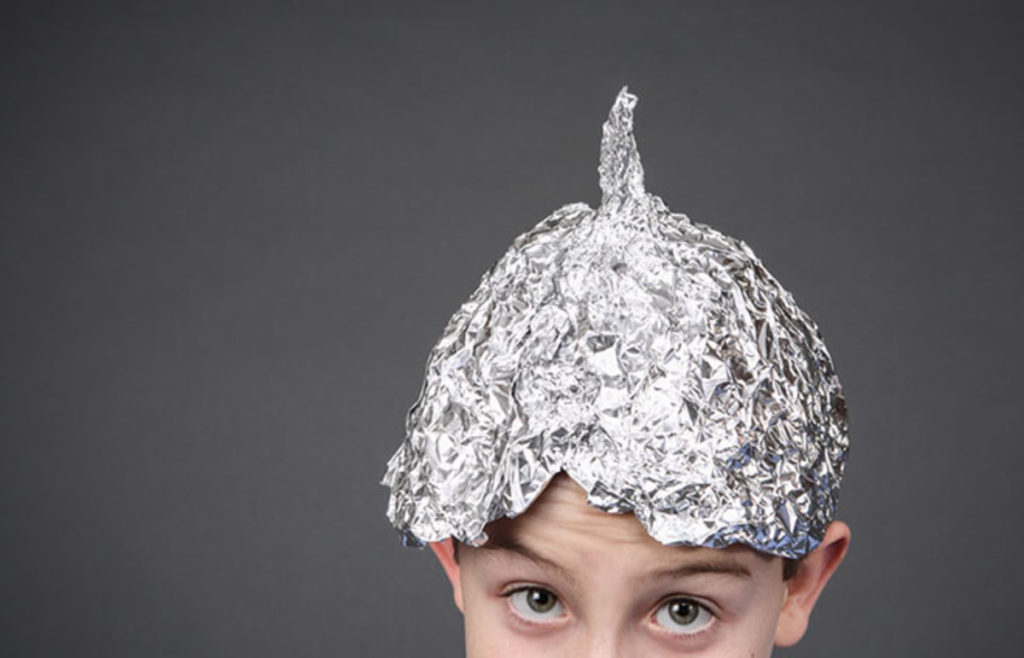 I can’t state enough how important it is to NOT get buried in negativity or hate, because magic is as a far from that as possible. Magic is opening your mind, not closing it. And if your conspiracy of choice involves blaming certain races, sexualities, genders, countries, political opponents (the last one is a little but up to you, just find a level that feels comfortable) – then you’re on the wrong track. It will lock you down and fuck you up, leaving your dead on the bottom of the dark and unhealthy conspiracy pits of the internet. I’ve seen Linda Moulton Howe almost twisted of anger when she believes the interview don’t believe her theories on cattle mutilation. Alex Jones screams his way through incomprehensible paranoia. David Icke does his fearmongering to the masses. Katerina Janouch feeds her army of trolls with crazy ideas on evil Muslims infiltration the Swedish society. Flat Earthers Nathan Thompson and Matt Boylan behaves very aggressive and destructive and so on. There are so many examples out there. The louder the less believable, screaming in frenzy to the believers; hitting their heads into walls of naysayers and stays there on an intellectual level, with zero growth.

As a conspiracy magician or believer in conspiracy magic, you must be in it for the sense of adventure, not being a blamethrower or paranoid hater. This is all about you and the positive power you’ll get from your imagination, no matter what the truth is. Conspiracies are triggers to a universe a lot bigger than first meets the eye, as least if you use them in a constructive way.

It’s your universe, so take care of it and enjoy every part of its imaginative, crazy and mind-expanding existence. It’s up to you to decide how far you wanna go in your conspiratorial thinking, so remember to take care of yourself and your mind in these new adventures of alternatives realities and healthy madness.

I never had the urge to go too deep down the rabbit hole; it’s way too dark, dirty and narrow for me… and if you managed to get up from it there’s always some bloodthirsty predator biting your head off as you see the light again. The predator for many is depression and general sadness, conjured by not finding what they were looking for. It’s more constructive taking a glance into the whole while keeping an eye on the beasts around. Maybe they will become friends in the end? I rather find myself a map of the rabbit hole, a see-through slice of the paths – and keep myself on a distance, seeing all the possibilities at once.

But beware: this form of magical thinking is a dangerous path to go, so watch out where you set your feet. It’s so easy to get sucked into the storm of the eye and never find your way out again.

Fred Andersson is a writer and magician from Stockholm, Sweden. In 2018 he published Homo Satanis: How I Learned to Love Satan and other Insights from my Childhood, a collection of texts on individualism, satanism and magick.