Today is Day 30 of the 30 day Star Ruby Challenge, and although I have not performed it yet today, I am confident that I will – which means that I have successfully completed the challenge. Yay for me!

The main result of this Star Ruby challenge has been my achievement of the K+CHGA, which I have spoken about previously.

However, my HGA has still not spoken or communicated with me since they announced their existence a couple of weeks ago. This has made me realise that this outcome is probably why I ignored it the first time it happened all those years ago. It’s probably why I discount most magic revelatory experiences I have had – they don’t go anywhere. They don’t reveal anything. There is no benefit to them.

They are, in practical terms, absolutely useless to me.

Now, I’ll not go over old ground here, I spoke a bit around this last week, however, I do want to talk about something I haven’t mentioned before.

Around this time last year, I asked during a meditation practice for some advice on what I should set as my goal for the coming year. A voice came very quickly in my head which said something along the lines of “There is no point, you won’t be here next year“. I asked for some clarity and it said: “You will know why by February“.

When I say a voice, it was just a thought in my head. It sounded similar to my normal thinky voice but slightly different. It had a good deal of weight to it. Or, more correctly, I gave it weight. It seemed to know what it was talking about – and I believed it.

It freaked me out completely because I thought I was going to die.

I had at the time found a hard lump on my chest and my immediate fear was: “This is it, I have cancer, I’m going to die!“. I spent a couple of weeks freaked out, and didn’t want to get it checked because that felt too real and I wasn’t able to deal with it.

Now, I cannot emphasise strongly enough that I thought I was about to vacate the premises. 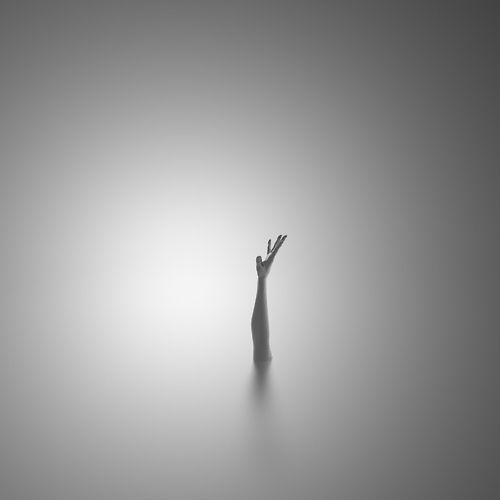 ALONE WITH THE ALONE

I was terrified, the whole world seemed to take on a sinister form, and I felt absolutely alone. This fear of death is interesting because in my dark days I certainly flaunt with the idea of death as a comfort, a way to escape. Not suicide, more a case of If I don’t wake up tomorrow that’d be fine by me.

Now here’s the point. I obviously didn’t die. I didn’t have cancer, or a tumour, or whatever. I got the lump checked and it was a lipoma – essentially a harmless hard lump of fat.

There was one very interesting thing that then occurred.

As it got closer and closer to February I just couldn’t shake the notion that something bad was going to happen me, that the “prophecy” was true and that I was about to find out what it was. On the first or second day of the month, I got a notification from Google on my phone which read: “Tommie Kelly has died“.

It was about some other Tommie Kelly somewhere else in the country who had died of old age after a long illness.

I laughed at the synchronicity of it all but was then left with that whole thing, that has plagued my magical career – what was the point of all that? What was all that about?

There was no revelation, no insight, no result, no learning anything – just another dead end. A road that led nowhere. Only this time it was a bit more sinister than usual.

So, a year later and I’m still here. The prophecy was utter bullshit.

It was a crazy year, for sure, but that was for all of us. And maybe, an argument could be made that because of the world events, and personal events, and yada yada, that occurred I am a different person than I was before – meaning the year ago me is no longer here but that seems really forcing it. I am not fundamentally different now than I was this time last year. A year older, a year wiser, but still pretty much the same guy, with the same outlook, the same goals, the same desires. I rekindled my love of playing music but that would be a stretch to say that was a new me.

But I did notice one thing.

The voice in my head that answers these sort of questions when I ask them only ever tells me bad news or tells me how bad a person I am. It’s never positive. Ever.

This I am confident is the voice of my inner critic. That bit inside me that started out as a way to prepare and protect myself from the world, but that turned on me at some point. It’s that constant underlying voice in the back of my mind that constantly tells me I am a piece of shit and I deserve only bad things. 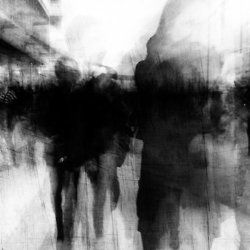 To bring this round to the HGA stuff, and the lack of communication. This realisation of the Inner Critic being the only voice that answers me when I ask for help or insight, which really only hit me in this final Star Ruby week, made me think that if I am to communicate with my HGA then it can’t be as a voice in my head or anything similar.

How could I know who is actually talking – my HGA, my Inner Critic, or even just random chatter in my mind?

If it is possible for me to communicate with my HGA then it must involve some sort of external means. Just accepting a thought or impression in my mind as divine guidance seems utterly foolish considering how dark my internal world can be.

Friends have told me that when they had the K+CHGA experience their divination skills increased. My divination skill is pretty decent anyway – but only in regards to reading for other people. Reading for myself is problematic as the answers are always filtered through this shadow that my Inner Critic casts – I will always see the worst-case scenario for myself. I will never see the light.

I guess I could go with the whole “interpret every phenomenon as a particular dealing of God with my soul”, or just look for synchronicities to guide me, but that too would have to pass my censor and would get muddled on the way.

So, I don’t know. Unless my HGA turns up in visible physical form I think the best thing for me would be to consider any communication (if it ever arrives) as flawed or tainted. There is just no way for me to know what is true and what is lies, what is fantasy and what is reality.

So, my parting advice to you, good person of the internet, if you hear a voice in your head that tells you that you will die, or that something bad is about to happen, or in any way telling you that something bad is about to happen, do the sensible thing and tell it that you aren’t buying its bullshit and that it should fuck off and leave you alone.

Buy Tommie a Book!
Join Tommie’s PATREON!
Send a donation to Tommie via PAYPAL
Buy Tommie something off his AMAZON WISH LIST