This Servant shows us how to get the word out about things
that are important to us. It encourages us to always remember
the power of propaganda – both good and bad. 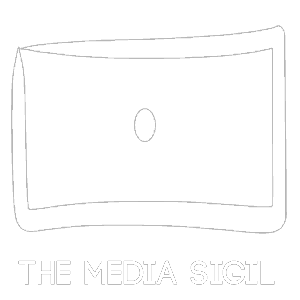 When The Media appears it is a warning that everything is not as it seems. You are being fed a story that isn’t the full truth, or has been spun to make one side look more favorable than the other.

The story that is being presented has been designed to create a certain reaction or response. This version of the truth may be presented in order to fool you or it may be that someone is trying to spare your feelings about something. Either way, the whole truth is not being told. Things are probably not as they seem, there is a level of spin, lies, manipulation and fraud. The story isn’t an outright lie or falsehood however, some elements are in fact the truth. It has just been presented in a way that distorts the full truth of the situation.

The Media may also suggest that you are being influenced by outside forces to think or believe a certain way, and it is up to you to try to work out the real truth of the situation. The world around you may not be exactly as you think. The Media calls for you to make your own judgments about events and not rely so heavily on other people’s opinions and life views.

In a reading, The Media can sometimes suggest that someone is slandering or spreading gossip or lies about you. Also very much a reminder that you shouldn’t believe everything you hear, read or see on the internet, in newspapers, or on TV.

The Media represents propaganda and half-truths, whereas The Moon would suggest outright lies and falsehoods. The Media can be used to help see the truth of a situation, to distinguish the spin from the truth or to get a better feel, or read, of a situation or event.  The Media is also useful in propaganda and self-promotion, to help gain publicity or in “getting the word out”.  The Media can be extremely useful in getting a good image of you or your product presented to the world. It can also help restore your good name after a period of it being tarnished. Highly effective in generating a buzz around a new project or product, and generally making the public see you in a good light.

In curse work The Media is a very useful aid to destroy the good name, or public reputation of an enemy.

For more information on THE MEDIA including its
Prayer, Mantra and Keywords see The Grimoire Of The Forty Servants

BUY AN A5 ALTAR CARD ART PRINT OF THE MEDIA HERE!
The Forty Servants Deck- STANDARD EDITION or DELUXE EDITION or DIGITAL EDITION