The Forty Servants Deck- STANDARD EDITION or DELUXE EDITION or DIGITAL EDITION
BUY THE GRIMOIRE OF THE FORTY SERVANTS ON AMAZON!

The Idea shows us how to be original, inventive and creative. It encourages us to see that inspiration is always around us. 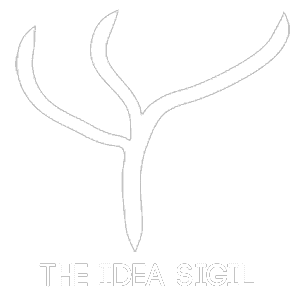 When The Idea appears it is a reminder that you have been given an idea for something that should be expanded upon and brought into existence. These ideas don’t hang around for too long and if you hesitate you may find yourself looking at someone else bringing “your” idea into the world and reaping all the benefits that could have been yours.

The Idea wanders around looking for people who will take the seed and grow something big out of it. The Idea doesn’t care who the person is who turns the idea into reality, it just wants the creation to get out into the world.

The Idea urges you that now is the time to develop the ideas you have rather than letting them linger in the back of your mind to work on, or get to “someday” – that someday is now, and if you don’t act soon, someone else will.

The Idea is great for any situation that needs the creative spark. The Idea is excellent for invoking at the start of a creative project or when some fresh new creative ideas are needed. You can place the sigil in your office or place of work so that a constant flow of ideas and creativity come your way.

It is also possible to use The Idea to bind an idea to yourself so that no one else uses it. That said, some ideas are so strong that they just need to get out no matter what so it is always better to act soon rather than regret it later.

Candle offerings to The Idea can help to motivate your team/group/friends to be more creative. Generally, anything to do with creativity, ideas, imagination and inspiration is The Idea’s wheelhouse.

For more information on THE IDEA including its
Prayer, Mantra and Keywords see The Grimoire Of The Forty Servants

The Forty Servants Deck- STANDARD EDITION or DELUXE EDITION or DIGITAL EDITION
BUY AN A5 ALTAR CARD ART PRINT OF THE IDEA HERE!